Gay persecution in Chechnya akin to Lavender scare, although much more dangerous 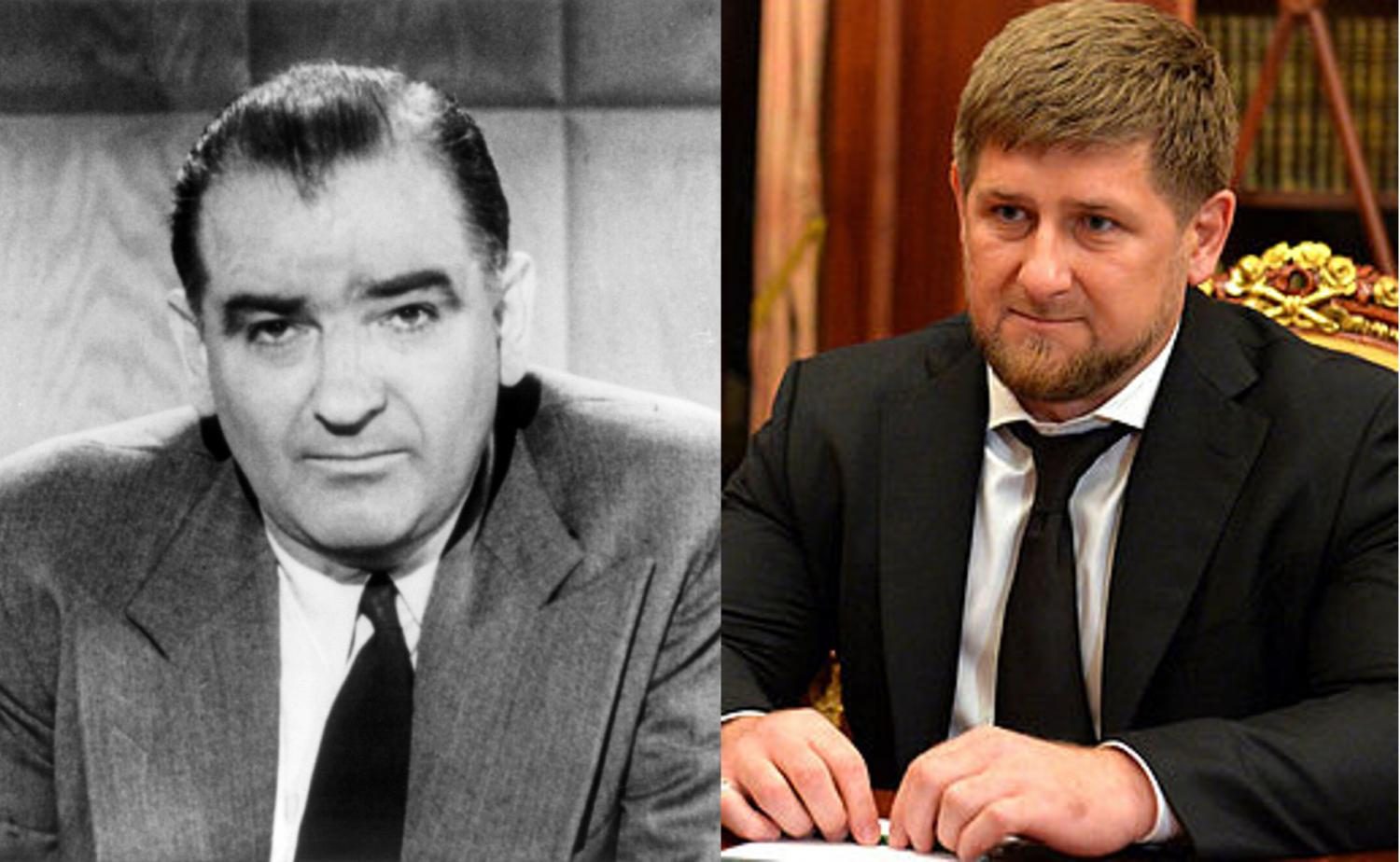 During the 1950s Junior Senator of Wisconsin, Joseph McCarthy, generated fear in the American minds because of the threats of communism. He led people to believe that anyone around them could be a Russian spy. Another part of this witch-hunt called the Red Scare, is the Lavender Scare.

The Lavender Scare was the persecution of gay people because they were thought to have been Communists. Many people were led to believe that people that were in love with the opposite sex were easy to convert to Communism. This led to many people being dragged through the mud, as many people were during that time.

Throughout the course of Donald Trump’s administration many groups have been facing persecution under his policies. One group that he promised to stay away from is the LGBTQ community, even though his vice president has come out in favor of gay conversion therapy.

In the country of Chechnya, gay men have been facing persecution because of anti-gay leadership. Ramzan Kadyrov, Head of the Chechen Republic, has shown that he stands by the belief that homosexuality is a poison, according to a CNN Report.

One British official, Sir Alan Duncan, spoke about the leader of Chechnya wanting to “eliminate” homosexuals in his country, and also delves into the atrocities that people have faced. A transcript of Sir Duncan’s statement showed that large numbers of gay men have been persecuted already.
“The arbitrary detention and ill-treatment of over 100 men in Chechnya because of their sexual orientation is of deep concern to the UK. Credible reports suggesting that at least four people have been killed and many have been tortured are particularly shocking. Statements by the regional Government in Chechnya that appear to condone and incite violence against LGBT people are despicable.

We condemn any and all persecution, and call on the authorities promptly to investigate and ensure that perpetrators of human rights abuses are brought to justice. That would be in accordance with international human rights commitments adopted by the Russian Government to respect the human rights of all individuals.” -Sir Alan Duncan
Many reports have gone out about this crisis and that men are being held in concentration camps. The first journalist to bring this issue to light was Elena Milashina, who wrote the story for Russia’s leading independent newspaper, Novaya Gazeta. She spoke about the current status of the problem in Chechnya.
“My sources say detentions continue this very moment, and nobody is being released. This is a huge problem. We basically can’t find a way to save those men who were detained in the so-called ‘second wave’ of arrests (after Elena’s first publication of the article). After the story went big, the authorities became afraid to release these men. Imagine, people who were detained on basis of their sexuality have no chance to resume their life in Chechnya anymore, so they are forced to leave. And as they leave they become vocal about the abuse. This seems obvious, but the consequences of this were not clear right away.

Turns out, abuse and torture of LGBT people backfired massively on the Chechen authorities. The victims were cornered, and in order to survive, they are now ready to do anything to fight for their lives, including speaking up publicly about the torture and horrors they went through in Chechnya.” -Elena Milashina
A video, titled #EyesonChechnya, was created by Human Rights First in order for people to understand the horrible treatment these people have faced.

Though much of the population is Muslim, homosexuality is still viewed as taboo and is not an embraced ideal. Protests have broken out in cities all across Europe in support of the men who have been hurt.

Though Donald Trump has stated that he no longer wants America to police the world, many organizations such as GLAAD, the Gay & Lesbian Alliance Against Defamation, are demanding that Trump speak out about this potential genocide. Something like this brings the world back to the days of Adolph Hitler, and how he nearly killed off an entire religious population.

Chechnya has fallen back into times akin to Joseph McCarthy’s time in office, where gay men are the ones being hunted, though this time around someone like Edward R. Murrow is helping them to avoid death.