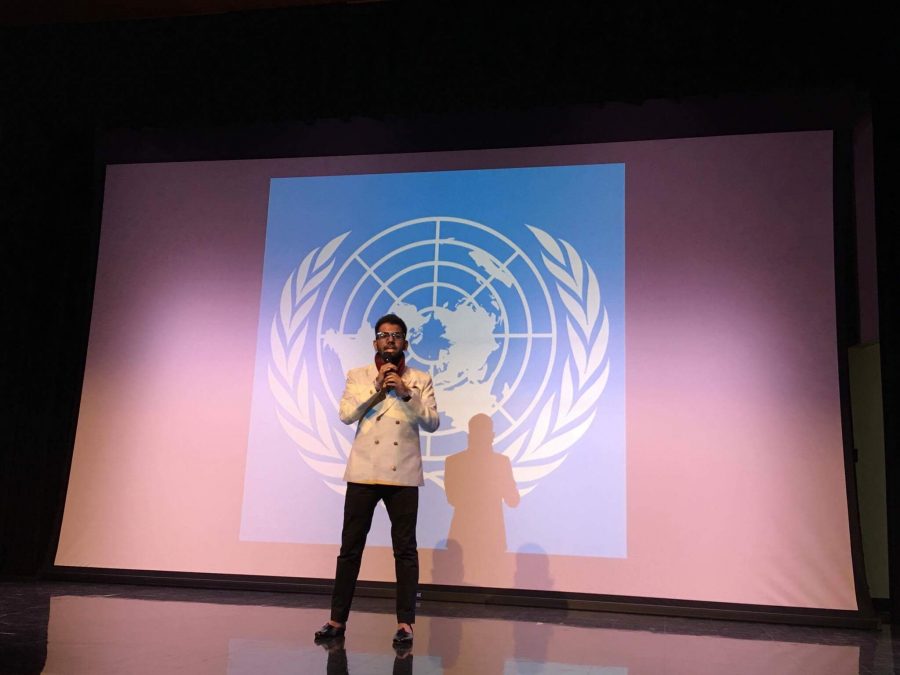 On Saturday, the International Student Organization (ISO) held its annual International Cultural Fiesta in the Campbell Student Union Social Hall. The lively three-hour event had many different cultural performances, food from around the world and prizes for contest winners. ISO’s President Vaibhav Sharma, Vice President Aierfan Maierdan and the rest of its members helped put together the event.

“This is my second time doing the International Cultural Fiesta,” Sharma said. “There is a lot of preparation for an event that last three hours, but we have been planning this event for four months now.”

Over 200 people were in attendance – students, faculty members and Buffalo residents. People from all different backgrounds were there to show support.

The event started off with a West African band performance with belly dancers. Following their performance was salsa dancers and several different types of guitar playing.

“The purpose of ISO is to get all the cultures together – it is an organization to get the domestic students and the international students. We want to support the spirit of America, which we were trying to do by having different performances and different types of food.”

There were also performances from a cellist and two Buffalo State rappers. In-between performances, handpicked audience members were able to win prizes by answering questions correctly.

“We definitely feel like this is a very successful event. When I joined in 2015 there used to be around 80 people at our events, so we try to make it big as possible,” He said. “We definitely have seen increased engagement in ISO, and I do think it supports a very noble cause which is internationalism, and that is humans scattered together sharing different cultures.”

Members of the audience had an option to get a henna tattoo, and select from a variety of styles. During the event Sharma gave a speech about the event and its purpose. He has big future plans for ISO and believes this event comes at crucial time in global affairs.

“I do want ISO to be one of the biggest organizations at Buffalo State,” Sharma said. “Here at Buffalo State we stand with everybody, and they are welcome here, which is what we want to support. I want this message to go out to the City of Buffalo – that we will always do things like this, and to not care about what is going on politically.”