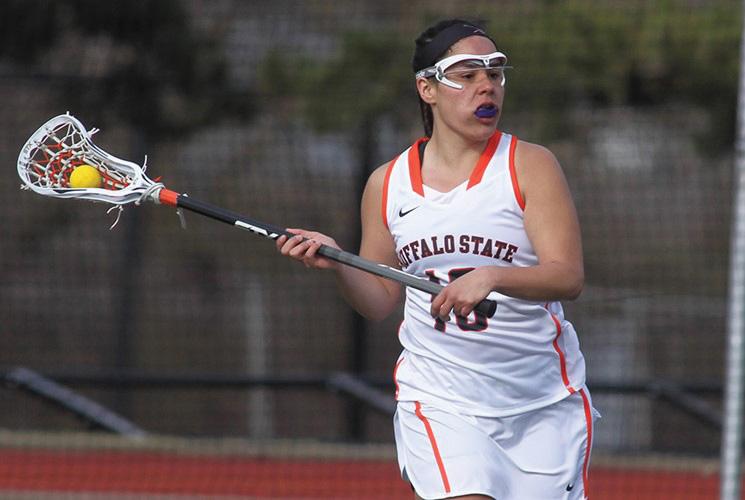 The Lady Bengals struggled early, but look to improve in SUNYAC competition.

Things have not been easy for the lady Bengals of lacrosse as they are more than halfway through the season. Buffalo State has not only sputtered to a 4-5 record overall, but have had to deal with unpredictable weather that led to their games against Lycoming being cancelled.

When asked about how the weather has effected them Head coach Lindsay Abbott said it “has made things a little more difficult” but expressed the fact that “all teams are dealing with this”.

While things as a whole have not been the most stellar, one player that has shined is junior attacker Alanna Herne, who currently leads the SUNYAC in scoring and points with 22 goals and 32 assists overall.

The Lady Bengals are now facing the most crucial part of the season as they entered conference play with a 14-10 victory against Fredonia on Tuesday.

Their last seven games will all be SUNYAC games and will include a four-game home stand to end the regular season, putting Buffalo State in a prime position to make the postseason.