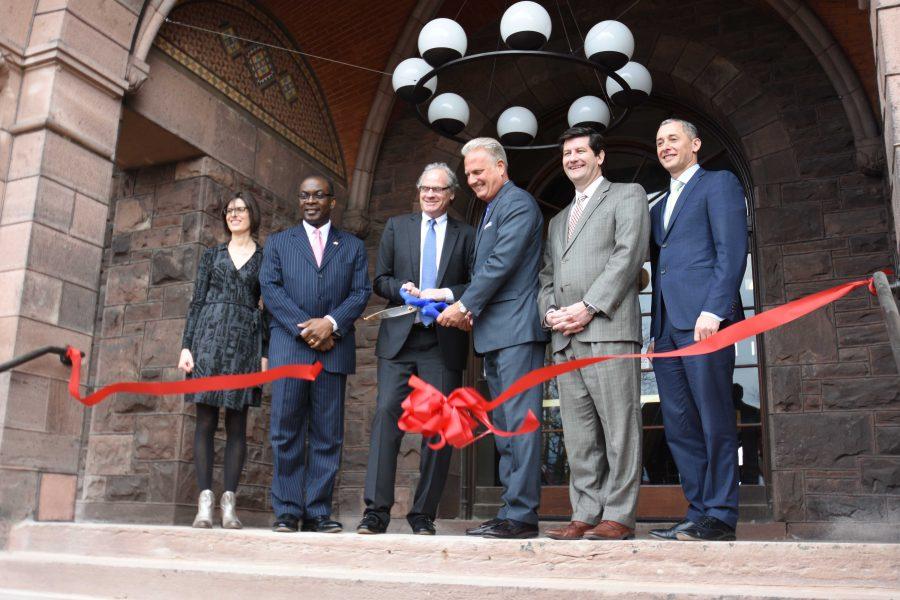 Today, a ribbon-cutting ceremony celebrated completion of the first phase of a massive ongoing redevelopment project at the Richardson Olmsted Complex.

“What a perfectly sensible strategy to take a memorable, great architectural treasure and turn it into a driver of tourism,” said Howard Zemsky, president of Empire State Development. “We’re always trying to build on our assets. Who among us would not consider Buffalo’s great legacy of great American architecture to be one of our key assets?”

SUNY Buffalo State’s Hospitality and Tourism Department has plans to work with Hotel Henry to create a program for students to work at the next-door hotel and conference center.

Starting the Fall 2017 semester, students in the department who have taken HTR 368 – a hotel operations course – will be eligible to participate in the Professional Development School program.

At the outset, the program will only accept 10 students, but eventual expansion is likely. Those accepted will work at Hotel Henry for about 10 hours a week, assisting with room division, food and beverage, conference catering and sales and marketing. The program will count as a class and students will not be paid.

The total 10-year redevelopment costs of the Richardson Olmsted Complex have exceeded $100 million, $76 million of which was funded by Empire State Development.

To provide an idea of the scope of the project: Mechanical, electrical and plumbing costs accounted for $17 million, refurbishing 600 windows cost over $7 million while updating and installing elevators resulted in a $4 million bill.

Eight buildings – nearly two-thirds of the complex – are not yet redeveloped. Only 160,000 square feet (3.7 acres) of the 93-acre complex are finished.

The redevelopment is being billed as “adaptive reuse,” a term being used with increasing frequency to describe such projects due to its appeal as a middle ground between preservation lobbyists and economic developers.

Edwin Viera contributed to this story.