Brace yourselves: Vans Warped Tour is headed back to Western New York 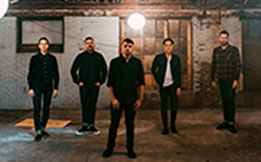 The 23rd annual Vans Warped Tour is coming back to the Buffalo area this summer, featuring a lineup that has to be seen to be believed. Not only are a bunch of nostalgic/legendary bands are playing (Big D and the Kids Table, Valient Thorr, Anti-Flag), but so are a bunch of modern bands ranging in genres such from rap/hip-hop (Futuristic, Watsky, Sammy Adams,) pop (Jule Vera, William Control, Andy Black,) punk (Creeper, The Gospel Youth, Bad Cop / Bad Cop) and metal (The Acacia Strain, Stick To Your Guns, Carnifex).

Warped Tour has stopped by Western New York since the tour’s inception in 1995, when it was featured at the Melody Fair in North Tonawanda. That year featured now-legendary bands such as Sublime, No Doubt, Quicksand, L7 and Deftones. From 1996 to 2002, the WNY venue was moved to La Salle Park in Buffalo.  The year after, Warped Tour finally made their permanent WNY venue the Darien Lake Performing Arts Center.

This year’s lineup, according to founder Kevin Lyman, will be a combination of Warped Tour’s early favorites and modern big names. Due to the inclusion of these more popular bands, the number of stages has been reduced from nine to seven.

The lineup for this year was leaked a few weeks ago online by killthemusic.net. They reported that bands like “Bad Religion, Lagwagon, CKY, Black Veil Brides, Beartooth, Hatebreed, and GWAR” were playing, as well as “5 bands from Fat Wreck Chords and 5 from Epitaph,” two popular punk-infused record labels. It was also reported that twenty-five bands were cut from “the usual lineup” for “quality.” The Alternative Press later confirmed this lineup.

The lineup for Darien Lake this year features acts such as American Authors, Beartooth, CKY, Dance Gavin Dance, GWAR, Hawthorne Heights, I Prevail, Municipal Waste, Neck Deep, and Silverstein. The entire lineup for the Buffalo date can be found at www.vanswarpedtour.com/dates/darien-center/.

If you’re a huge fan of the Tony Hawk video game series soundtracks, then this is your year.

Warped Tour is set to arrive at Darien Lake Thursday, July 13th.  An early bird special was available online last Wednesday morning from Warped Tour’s website had tickets for $30, but they’re now $40. Tickets are also available at Journey’s stores nationwide if you don’t want to get charged with service fees. To make sure a Journeys store in your area has tickets, check their website or call their stores. The tour starts on Friday, June 16 in Seattle, WA, and ends Sunday, Aug. 6 in Pomona, CA.

For more information on this year’s tour, go to www.vanswarpedtour.com or download the free Warped Tour app on your iPhone or Android.