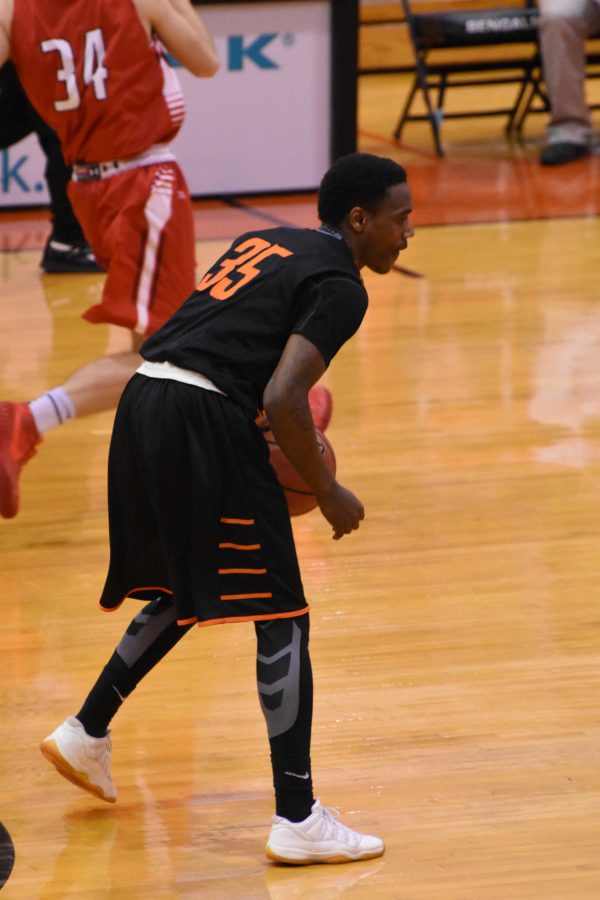 Senior Lovell Smith led the Bengals Tuesday with 18 points and nine rebounds in the win over Cortland.

Buffalo State went on the road to Cortland to play its quarterfinal match up against the No. 4 seed Cortland Red Dragons.

In a game that went down to the wire, the Bengals hung on for the 61-59 victory and eliminated Cortland from the SUNYAC championships.

In what was a low scoring game, Buffalo State found themselves down at halftime by three points, 28-25, and quickly down by six to start the second half, 31-25.

The Bengals went on the attack, eliminating the six-point deficit and building their largest lead of eight points with 14 minutes remaining. The eight-point lead was just enough as the Bengals outlasted Cortland for the two-point victory.

The defense of the Bengals really stood out, holding Cortland to their second lowest scoring output of its season. Both teams struggled from the field shooting 37 percent, with Cortland and Buffalo State shooting 22 and 20 percent, respectfully, from three-point range.

The Bengals didn’t help themselves from the free throw line either shooting just 10-19 (53 percent) while Cortland shot 17-22 (77 percent).

Rebounding was key and the Bengals found themselves really crashing the offensive glass grabbing 12 more offensive rebounds than Cortland which led to some easy second chance buckets.

Lovell Smith was the Bengals leading scorer with 18 points and nine rebounds. The reliable Mike Henry contributed a double-double with 11 points and 10 rebounds. Jordan Glover added three treys for his nine points.

Buffalo State at Oswego in the SUNYAC semifinals Friday, Feb. 24.