Men’s Basketball defeats New Paltz, gets to fifth in SUNYAC 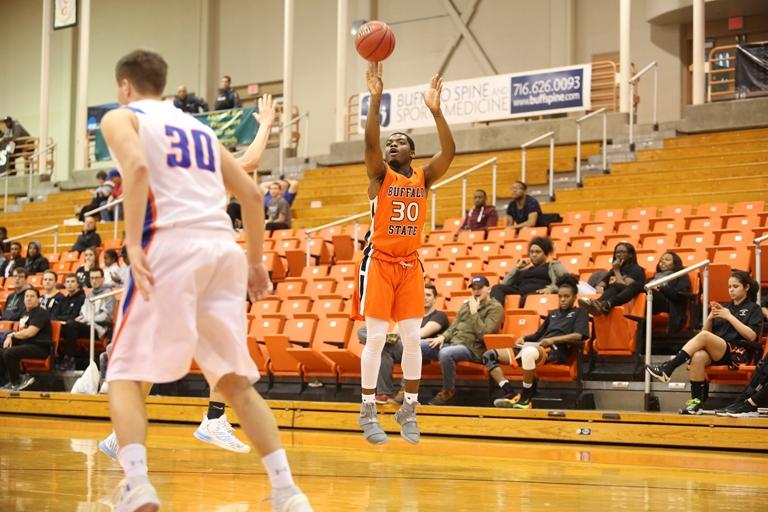 The Bengals nearly blew a 21 point lead in the second half, but pulled it out to defeat Cortland.

The three-point ball was the ultimate weapon for the Bengals Saturday as they travel to New Paltz. The Bengals hit 12 3-pointers en route to their 78-69 victory.

Lovell Smith followed up his 42 point performance on Friday with a team leading 22 points. Dom Grayer gave sufficient production off the bench as he added 21 more points, all of which came on his seven 3-pointers. Mike Henry had 11 points and 13 rebounds in a double-double effort.

Turnover were key as the Bengals forced 22 New Paltz turnovers and converted those into 33 points. The Bengals also dominated the offensive glass and had the advantage in second chance points 18-1.

The win places Buffalo State in fifth place above Geneseo (7-7 in SUNYAC) and below Oneonta (10-4). The top six teams make it to the playoffs.