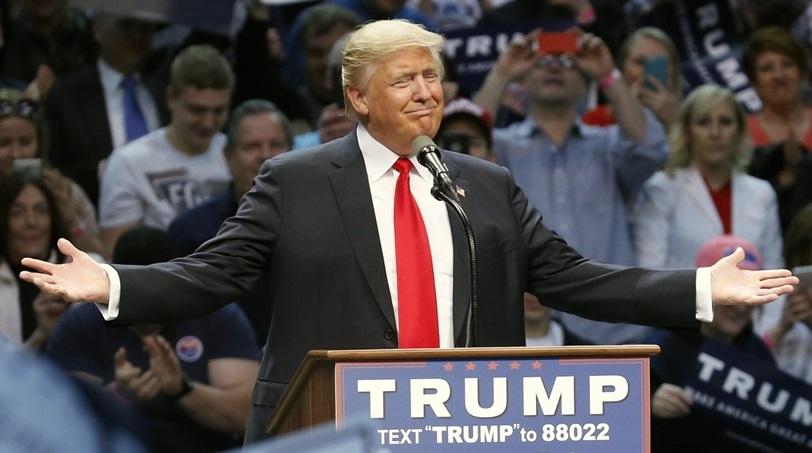 Donald Trump has taken office as the 45th President of the United States, and has hit the ground not running, but sprinting. He has already signed executive orders to defund Planned Parenthood, and to start building the wall along the United States-Mexico border. Other policies that President Trump will be putting into action aim to downsize the Environmental Protection Agency. In addition, Trump tweeted about the gang violence in Chicago, and threatened to send in federal officers in response:

Several of the policies that Trump has implemented take away from social issues that are important to many people. Planned Parenthood is not only for abortions, but provides STD tests, as well as important information relating to health and wellness. Last week’s Women’s March on Washington was to keep Planned Parenthood from being defunded, and to make sure that Trump doesn’t repeal Roe v. Wade, the Supreme Court case that legalized abortion.

Defunding Planned Parenthood was just the beginning of making his campaign promises come to life, but they are not going to do so well. Cutting funds to Planned Parenthood deprives generations of young women of information regarding safe sex and sexually transmitted diseases, and a safe place to abort a pregnancy.

Another policy in the area of healthcare comes from Trump’s desire to repeal the Affordable Care Act, more commonly referred to as “Obamacare.” While Obamacare guaranteed everyone healthcare, it created controversy over its constitutionality. After that was straightened out, people were still upset over it.

The act of repealing Obamacare is bad enough, but to not have a system ready to be put in place once it is repealed is worse. Trump’s administration needs to have some form of plan ready for all of the people who are about to lose healthcare because of this. Many people rely on Medicare and Medicaid for health insurance, and Obamacare was their safety net. What are they supposed to do now?

Many people have a casual attitude of giving Donald Trump 100 days before casting judgment on his presidency. Others only needed seven days before figuring out that this administration is taking everything that America has worked for and throwing it away.

Immigration is an another area where Trump is breaking quite a bit of ground. With his announcement last week of beginning construction of the wall between the United States and Mexico, people are starting to bring about the idea of a border tax. For those of you who enjoy guacamole, avocados on a salad or on a sandwich, that may stop quite soon. According to The Agricultural Marketing Resource Center:
The United States is a net importer of avocados from Mexico. Mexico supplied most of the avocados imported into the United States in 2015, followed by Chile. The United States exports avocados to mainly Mexico, Chile, Peru, and the Dominican Republic.
Commercial shipments of avocados from approved orchards in Mexico can now be distributed to all 50 states. As border restrictions were relaxed, provisions were put in place to curtail Mexican production, in an attempt to avoid saturation of the U.S. market. A rapid growth in demand soon prompted a dramatic increase in imports.
One of the most famous landmarks in the United States, The Statue of Liberty, has a passage on it describing the status of immigration to the United States of America.
Not like the brazen giant of Greek fame, with conquering limbs astride from land to land; Here at our sea-washed, sunset gates shall stand. A mighty woman with a torch, whose flame is the imprisoned lightning, and her name. Mother of Exiles. From her beacon-hand. Glows world-wide welcome; her mild eyes command.
The air-bridged harbor that twin cities frame. “Keep, ancient lands, your storied pomp!” cries she with silent lips. “Give me your tired, your poor, your huddled masses yearning to breathe free, the wretched refuse of your teeming shore. Send these, the homeless, tempest-tossed to me, I lift my lamp beside the golden door!
These powerful words are what gave millions of immigrants hope, and that hope is what brought them here. Policies, such as the wall, will allow President Trump to make these words meaningless and bring the United States from a global power back to a state of isolationism. Something like that has not been attempted since Woodrow Wilson was President and did not want to get involved in World War I.

Donald Trump has not only managed to isolate America from Mexico, but has isolated himself from most of the American people. His policies cause a complete breakdown in social constructs that are necessary for many people to ensure themselves a backup plan. His policies are only starting to take effect, and the long-term consequences have yet to show… for now.