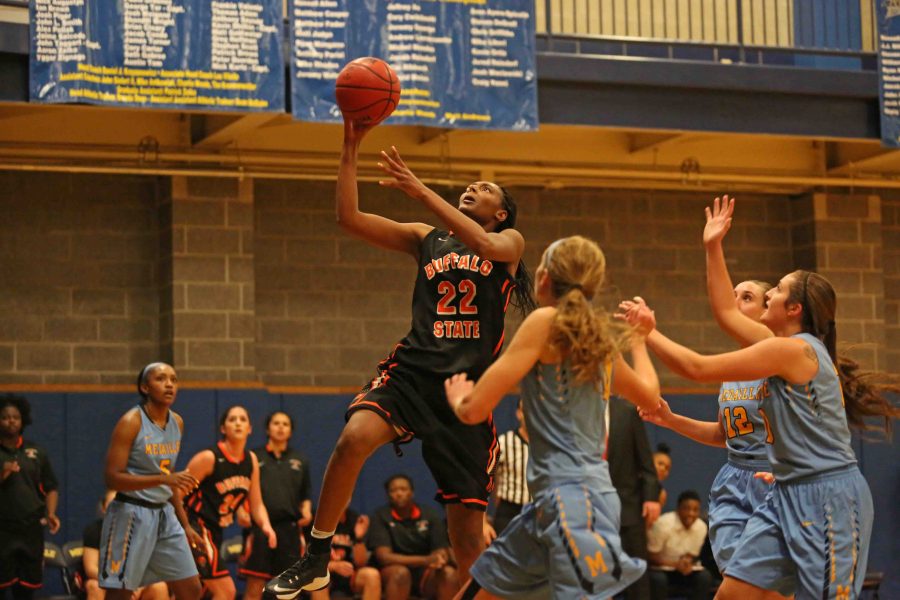 McCullough averaged 10.7 points per game and 11.1 rebounds per game in her first year as a Bengal.

It was too little, too late for the Buffalo State women’s basketball team Friday night. After a lackluster third quarter where the team shot a mere 19 percent, the Bengals made a run, but couldn’t overcome the deficit in a 69-57 loss to the Oneonta Red Dragons.

It was a relatively close game at halftime, with the two teams flip-flopping leads early in the second quarter. The Bengals made 12 shots in the first half to the Red Dragons’ 14.  The Bengals were down 33-27 at the break.

The Bengals showed heart in the fourth, pushing back and outscoring Oneonta 19-13, but could not complete the comeback.

Oneonta’s guard Cara Adams left the Bengals scratching their heads as to how to defend her. She went 8-for-13 from the field and 5-for-8 from behind the arc. She ended up with 24 points in 29 minutes. Adams also hauled in eight rebounds and tallied four assists.

Buffalo State junior forward Mariah Rosario was the bright spot on offense on Friday night; she went 7-for-8 from the field and grabbed nine boards. She finished with a team-high 15 points. Junior guard Caleh McLean had 14 points.