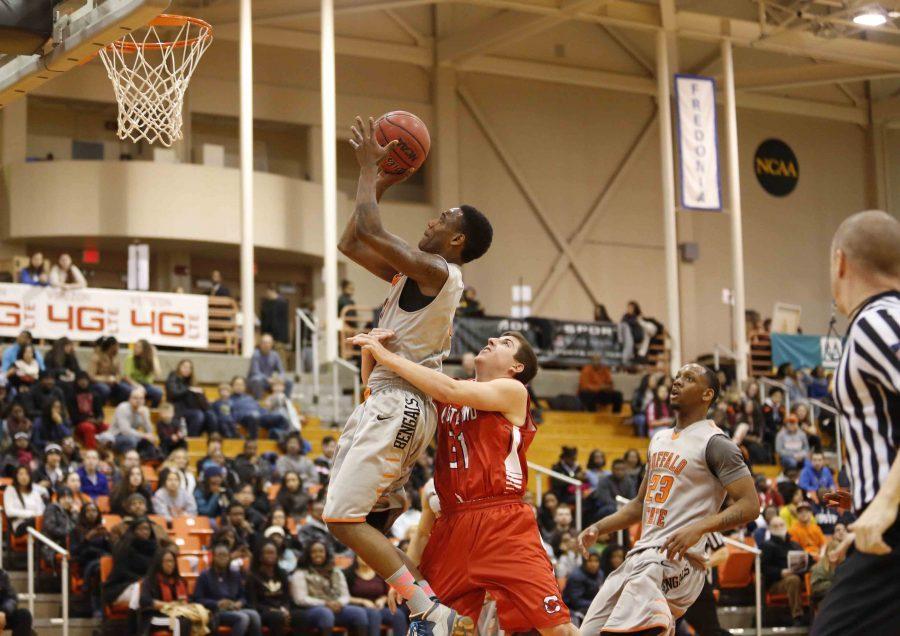 In the loss to Oswego, Buffalo State clinches a SUNYAC playoff berth. Though it is determined It will not have a home playoff game.

Conference play has been an achilles heel for the Buffalo State’s men’s basketball team. With five losses on the season, all of which been in conference play, the Bengals evened out its conference record at 5-5 with a win over Oneonta, 101-94.

Buffalo State got off to a slow start turning the ball over on two of their first three possessions and found themselves down 7-2. They quickly turned it around shooting 58 percent in the first half led by Mike Henry and Nico McLean each with 15 points and a nine-point lead into the 2nd half.

Ultimately, it was not enough for Oneonta as the halftime deficit was insurmountable and the Bengals won 101-94 to push their record to 11-5 (5-5 SUNYAC).

Steals and turnover were an integral part of game as the Bengals forced 20 turnovers, 13 of which were steals and had 36 points off those turnovers. The Bengals were able to keep their turnovers to a minimum with seven, which gave up 10 points.