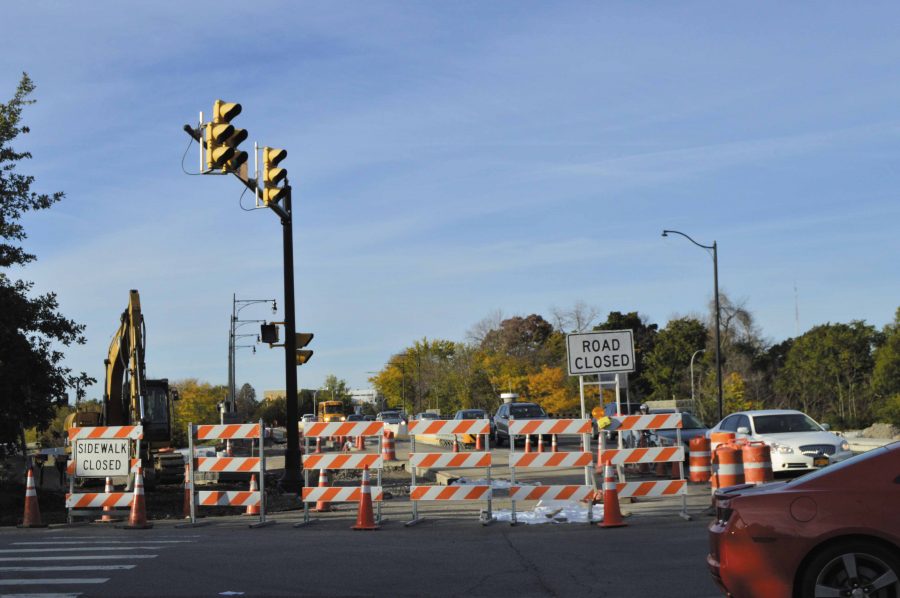 Traffic is expected to return to normal on Elmwood Avenue near SUNY Buffalo State.

The bridge on Elmwood over New York State Route 198 and Scajaquada Creek is expected to be completed around Thanksgiving. The New York State Department of Transportation began the project for complete bridge replacement last spring.

“The purpose of this project is to create a new cost effective bridge that accommodates all modes of transportation including cars, trucks, buses, bicyclists, and pedestrians, in a manner consistent with NYSDOT standards,” the NYSDOT said.

“Proposals being considered for the new bridge include options that would incorporate aesthetic treatments suitable for its rich historical and cultural surroundings. The project also proposes to reconstruct Elmwood Avenue from Iroquois Drive to Nottingham Terrace, provide minor improvements to the intersection on Elmwood Avenue at Nottingham Terrace, reconstruct the portion of the Jesse Kregal Pathway directly below the bridge, and install new lighting and drainage systems, traffic signs, and pavement striping within the project limits.”

A public information meeting was held on June 18, 2014 at SUNY Buffalo State. The meeting included informational displays. Department representatives were present to receive comments and answer questions on the transportation alternatives being studied from individuals, groups, officials, and local agencies.

The bridge was built in two stages. Stage 1 included constructing the bridge substructure and setting the steel for southbound traffic, which is already completed. The southbound concrete deck was completed around May, and the shift to the new southbound side began in June. Following the completion of stage 1 starts stage 2, which included the process of building the bridge on the northbound half.

The second stage of the $10.4 million construction project took place in the summer, and the concrete was poured around September.

Route 198 was reduced to one lane, and closed several times during the construction of the bridge.

With the anticipation of the opening of the bridge around Thanksgiving, the project is moving along well, considering the contract completion date is Dec. 31. Route 198 ramps will not reopen until the bridge is fully reopened.