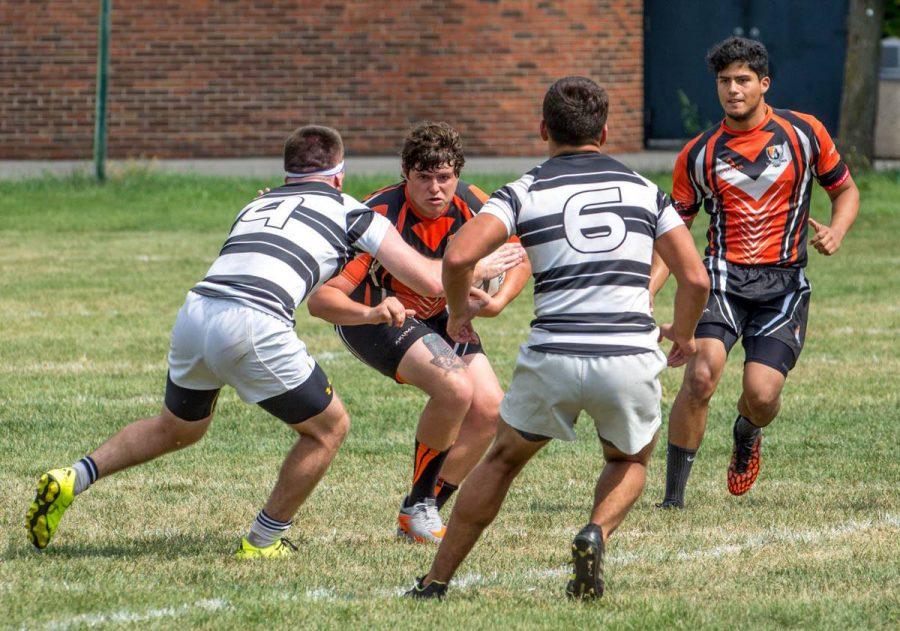 The Buffalo State men’s rugby club opened up their season at home against their rival Niagara. They avenged last season’s defeat with a 45-29 win and improved to 1-0.

“Niagara is our biggest opponent in the league. Both teams came out hard and intense,” said senior captain Justin Brzyski. “With such a young team we are fielding, this is a confidence boost.”

Week one serves as a feeling out process. Many new players stepped up and showed that they could be relied on.

“We had some rookies that played well,” said head coach Rob Jenkinson. “They’re brand new to the game, and you wouldn’t know it by the way they played.”

Bryzski credited a couple new faces along with a couple returning guys that contributed to the team’s winning performance.

Penalties and sloppy play are common for the opening game of a season.

“We had penalties for off sides and high tackles. We need to improve on that,” Brzyski said.

The men’s rugby club will look to move to 2-0 as they go on the road to take on Geneseo Saturday, Sept. 17.

“Week 1 is a tough week,” Jenkinson said. “We had a short practice schedule because we just got to school, but I’m cautiously optimistic moving forward.”

The women’s rugby club took on Brockport in their second game of the season. They built on last week’s 86-0 thrashing of Fredonia with another shutout, 50-0 over Brockport. In the two games this season they have outscored opponents 136-0.

“The way the season’s schedule was set up, we played the weakest teams from last year first,” coach Jen Jenkinson said. “We will be facing tougher and tougher competition.”

Dole was very vocal during the course of the game. She communicated well with her teammates and made sure they were in position to be successful.

The women’s club rugby team will hit the road to face Syracuse Saturday, Sept. 17. They will look to improve their record to 3-0 on the season.

“Honestly, teamwork is the number one thing,” Dole said. “As long as we listen to one another and keep up the chemistry on the field, we shouldn’t have a problem.”