Whitworth Ferguson Planetarium proves to be a big crowd pleaser 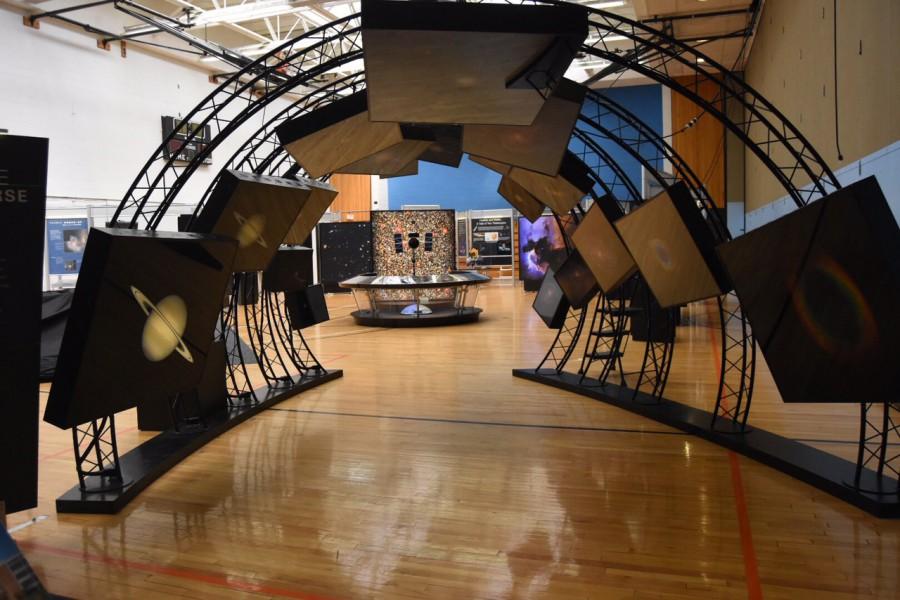 The old Whitworth Planetarium (pictured here). Construction for the new planetarium will begin during the fall of 2018.

The Whitworth Ferguson Planetarium located in the basement of Buckham Hall is surrounded by exhibits explaining such concepts as dark matter, and also chronicles the making of the Hubble Telescope.

Visitors can see first-hand the workings of infrared cameras as well as watch videos about the newest telescope, the James Webb, which is scheduled to launch in 2018. The planetarium itself is a large inflated dome where a projector puts up a 360 degree picture of, among other images, the night sky of any day of the year.

Kevin Williams has been working at SUNY Buffalo State for 10 years, but in 2010 became the planetarium director. In those days, the exhibits were in the Science Building, but with the construction at that site, the planetarium was moved temporarily to Buckham. It will be moved back to the Science building in two and a half years.

Williams talked about “Undiscovered Worlds,” a show the planetarium is running until May 21, 2016, at 7 p.m. on Fridays and Saturdays, and 11 a.m. on Saturdays.

“The show is from the Boston Museum of Science. They have a really great planetarium there and they produce their own shows too,” Williams said. “It’s what we call a full-dome program, so the way I like to describe it is, it’s like a movie but it surrounds you because you’re in the planetarium.

“What we do is, for programs, we run that for half the time, and then the other half hour is a tour of the night skies. So the program ‘Undiscovered Worlds’ is about planets around other stars called exo-planets, and that’s a really interesting part of astronomy because it’s not something that happened hundreds of years ago, it’s stuff that’s happened in the last 10 years. The first planet around another star was discovered in 1992.”

About 26 people can fit into the black dome, and on Saturday night, about half that amount showed up to view the show. Bill Mahoney, a former student at Buffalo State heard about the show from another planetarium in Williamsville.

“You get to keep up with what’s current, what’s new. It’s a fascinating subject,” Mahoney said.

The reason there’s been such an explosion in the discovery of new planets is the Keplar Telescope, which has challenged former notions of where a planet can be located.

The program itself explains that in recent years, we’ve found close to 2,000 exo-planets and only look at a relatively small part of the night sky. After the show, the presenter told us that number has grown to 1,966 planets and that tomorrow it’d probably be even more. One of the reasons this has happened is that NASA has opened its records to the public and asked ordinary people to analyze the data using techniques shown in the program. More information for that can be found at planethunters.org.

In the summer months, the planetarium will probably only show some night sky programs, but possibly one full program on light pollution and its effects on star gazing. Check the website for more details (fergusonplanetarium.net)

But for now, the planetarium is a huge success, even for the small group that gathered there Saturday.