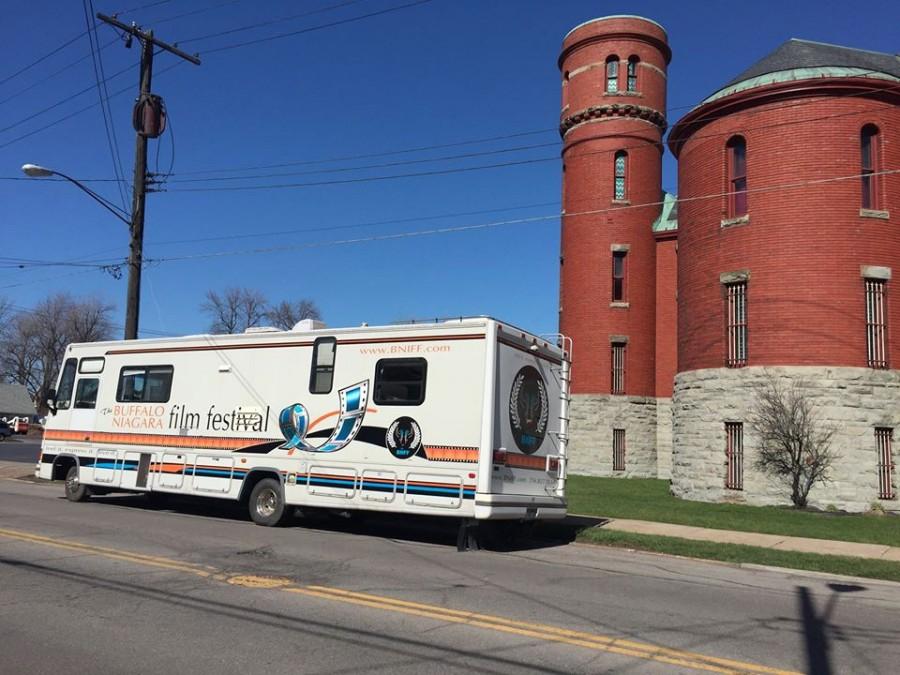 Hollywood came to Buffalo this week at the Buffalo Niagara Film Festival.

Filmmakers, writers and audiences came to the Tonawanda Castle to watch the premiere of nearly 40 independently produced films over the span of five days.

“The first time I entered a film I directed was six years ago,” Imbs said.

His film “Couch” won one award.

“I wasn’t shocked that my film [“Game Changers”] got in because I have a direct relationship with this festival,” Imbs said.

He was a founding member of the Buffalo Niagara Film Festival, which was established in 2007.

Imbs, along with his cast and crew, spent over three years working on “Game Changers.” He said their original goal was not to enter the festival, but the opportunity came after production finished.

“Your hometown is going to support you more than anyone else if you’re an artist,” Imbs said.

One of Imbs’ main goals with this film was to give exposure to his actors.

“I have an obligation to them,” he said. “They’re my friends.”

Imbs said that entering films into festivals is the best way to get exposure.

“A lot of people who come, the filmmakers, you get to know each other as friends,” Imbs said. “It’s a way to get to know people from other parts of the world. … The world is so small now with Twitter and Facebook, when you make a relationship with someone in another city, they open up opportunities for you.

“Socializing and networking face to face is much more different and gratifying than what we take for granted with social media. … Without going to festivals in a small market, you don’t have the opportunity to spread your wings and meet people.”

Eric Vollweiler, a volunteer at the event, said, “This is my first time at the Buffalo Niagara Film Festival… I think the people that are working on the festival are very nice and polite.”

Imbs said that with each project he takes on, he wants a bigger challenge.

“I try to take better projects as I get older. They’re capable of being more rewarding for me,” he said. “The older I get, the less interested I am in remaking the same level of projects. Ten years from now I’d want to be working with big name actors and bigger budgets to make better work.”

Imbs said the best part of any film festival is seeing your own work, as well as the work of others.

“I think the movies that they are screening are very interesting,” said Vollweiler.

“As a filmmaker going to a festival, especially if your film is in it, you get a unique and gratifying experience,” Imbs said.