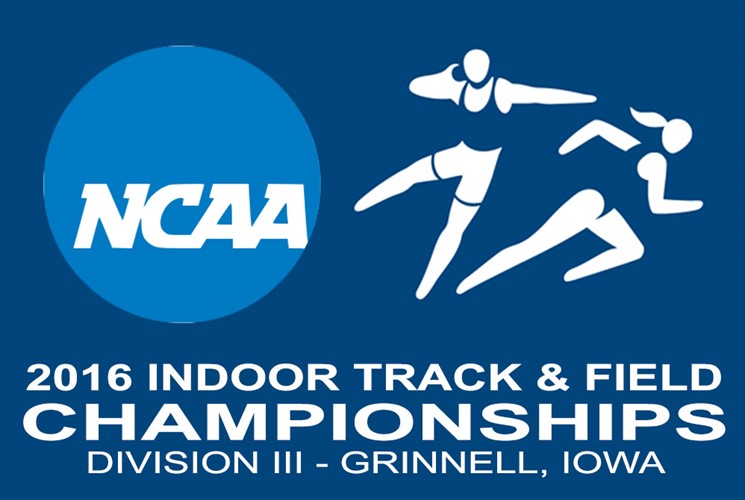 The 2015-2016 NCAA D-III indoor track and field season came to an end over the weekend at Grinnell College in Grinnell, Iowa.

Senior Benjamin Ezike claimed a national title in the triple jump – the ninth men’s title in Buffalo State history. On his first jump, Ezike took the lead with a mark of 15.07 meters.

“I’m still in shock. It’s a dream come true” said the senior transfer. “All week I was telling my teammates I was going to win triple. As I stepped up to get my award from coach, I just couldn’t stop smiling.”

Ezike, a Susan E. Wagner High School graduate from Staten Island, New York transferred to Buffalo State in the fall of 2015 from the University of Rhode Island after three years of competing for the Rams track and field team.

Ezike is also a wide receiver on the football team.

“It’s been as smooth as it could be. I love it here at Buffalo State. I love the team and the coaches. They give me confidence.”

Fellow senior Cory Cox, who earned All-American honors for the fourth time this past weekend, was not surprised by his teammate’s success.

“I knew he was going to do great things just by watching him warm up days before the meet,” Cox said. “He went out there and set the tone on the first jump and put the pressure on everyone else.”

Ezike’s title is the first for Buffalo State men’s track and field team since 2011 when Justin Allen and Xavier Mateen won the 400-meter and 55-meter dashes, respectively. It is the second triple jump title in Buffalo State history as James Parker took the national title in the event in 1982.

Buffalo State finished tied for 13th of 70 scoring teams at the NCAA Championships.

Ezike, Cox, Porter and company will take a short break from competition as the outdoor season will begin on April 2 at the University of Rochester in Rochester, New York.