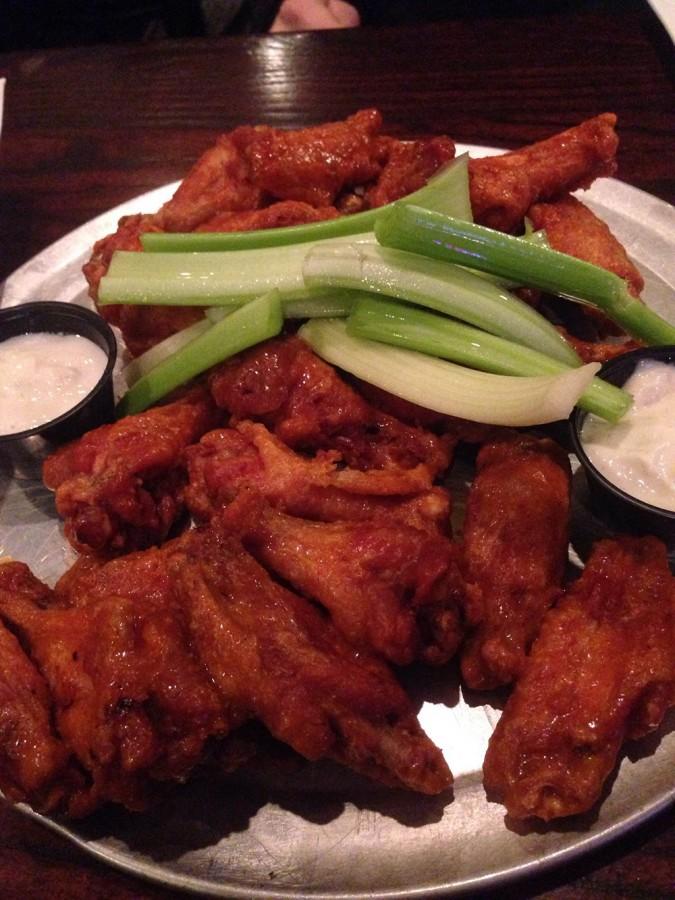 Chicken wings aren’t just an appetizer on menus in Buffalo. They have their own section.

They are food royalty in Western New York.

Here is the million dollar question: What restaurant has the best wings?

A pretty simple, yet loaded question that can’t really be answered without uncertainty and disagreement. Even “The Wing King,” Drew Cerza, can speak truth to this.

“This is what always creates a great debate at the dinner table or bar… ‘Who makes the best wings?’ There never will be consensus, but that’s okay”

Cerza is a proud man who is honored to be “The Wing King”, though he does have his opinion on the perfect wing.

“I don’t like my skin too soft or too crispy…kind of in the middle, however, I do enjoy a crispy wing as long as it isn’t too dried out. I like the meat to still be juicy inside.”

Cerza also said, “It is important that the wings are shaken well in the basket to get all the grease off.”

We all have that “chicken wing joint” where we get our wings. Yet, there always seems to be some familiar names thrown into the ring of champions.

Cerza credits the passion of Buffalonians and their love for the chicken wing that causes such debates.

“Buffalonians are very territorial to the wings in their neighborhood and the wings they grew up with. We show a great passion and loyalty to our favorite wing and pizza joints in Buffalo.”

Round 1. Anchor Bar, home of the “Original Chicken Wing.”

Known for its originality and as the birthplace of the chicken wing, the Anchor Bar has a long and devoted history in Buffalo.

BIog hits include wings that are crispy, fresh and made to order. If you seek monster wings, The Anchor Bar is not your place. Wings were lightly sauced, not too overpowering. The snack size blue cheese cup keeps you asking for more.

Classified as a “bar,” Anchor has a family-friendly environment. A good place to bring a family or go on a date.

One question that popped up during the meal was, where’s the carrots?

Well, what’s so famous about them one may ask. The size speaks for themselves. As Billy Fuccillo says, they’re “HUUUGE!”

Nevertheless, Duff’s wings are a party for the mouth. Juicy, cooked just right and whether you like a lot of sauce or not, Duff’s drowns their wings in it.

At their original location corner of Sheridan Drive and Millersport Highway in Amherst, the dining area is the only thing small served at Duff’s. Small, yet cozy, you’ll likely run into a friend, co-worker or even Joe from down the street.

Buffalo is certainly the city where everyone knows everyone, something Cerza loves about this community.

“Buffalo to me is not a location on the map. It is a community of great people. We have a bond that makes you feel an important part of something special.”

Duff’s also reiterates a warning for all wing eaters.

As the official chicken wing of the Buffalo Bills, Duff’s expands its “famous wing” to an NFL franchise. Excellent use of commercial marketing.

Duff’s wings are served with the blue cheese, carrots and celery sticks. Fries are an addition in requested, but worth the extra cost.

Terry and Kim Pegula’s newest addition to downtown Buffalo seems to be paying off for the husband-wife owners of the Buffalo Bills and Buffalo Sabres.

With a modern day edge on downtown, 716 (Food and Sport) is a sight to be seen. Flat screens on every wall, corner and crevice of the building. But, the big show is the 38-foot video screen featured over the main bar.

The experience adds a new flavor to the term sports bar. 716 style drink glasses feature a different sports ball on the bottom of each glass.

The wings are just as new as the restaurant.

Newest flavors to the chicken wing scene include, (716) Signature, Beer BBQ and Chicken on Weck.

Sounds crazy, but even “The Wing King” said it is one of the most unique wing he has ever tasted.

“Actually, right here in Buffalo – 716 has a great beef on weck wing.”

Topped with sesame seeds and sea salt, this wing is definitely a unique eat.

Another flavor that takes its own name to a cross between mild and BBQ is the (716) signature sauce: barbeque flavor with a little kick.

Each wing was full of flavor, cooked perfectly and presented professionally. Served with the typical blue cheese, carrot and celery sticks, but also served with a horseradish cream sauce for the chicken on weck wings. Perfect touch.

(716) Food and Sport is your go-to experience for drinks and wings. Whether it is before, during or after a Buffalo Sabres game or event at First Niagara Center.

When asked what is the perfect side for his chicken wings, Cerza joked, “Beer, beer and more beer!”

Cerza also said that if you want to try new and unique wings, the National Buffalo Wing Festival is a great outlet that offers wings from all over the country on Labor Day weekend.