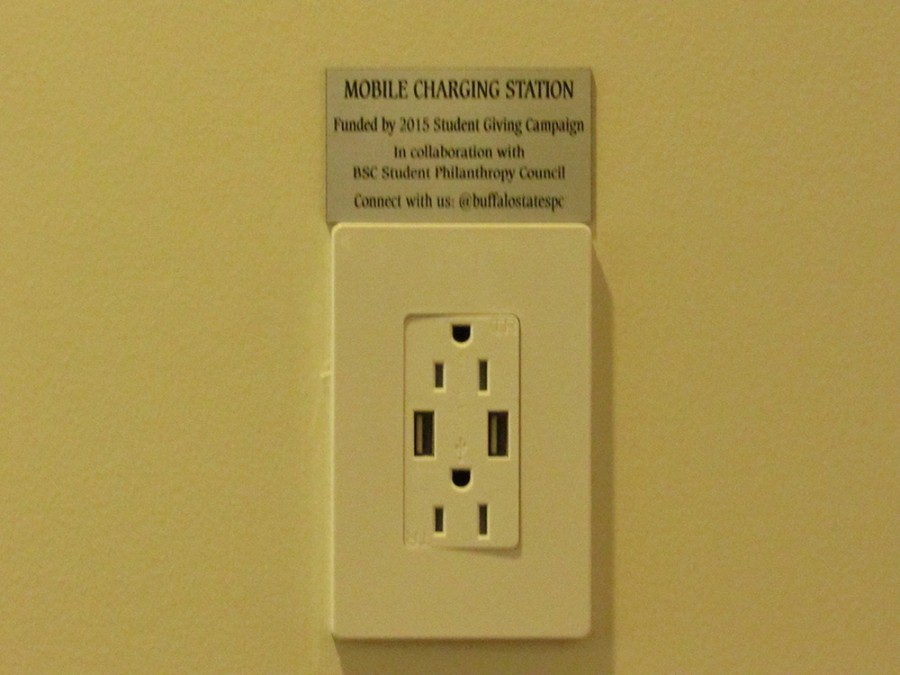 SPC has a mission “to inspire a spirited culture of giving.” They believe that every gift is valued, no matter the size, because collective power is enough to make a change.

Last semester, funds were raised to make charging stations accessible to everyone around campus. SPC events such as Giving Tuesday took place in November, and Give the President a Hug took place last month.

SPC also organized Meeting the Gap Fund, and raised $1,500 for students in a financial emergency, who would’ve had to drop out of school if they did not have the money available from this fund.

Now, the organization is focused on March Gradness for the Senior Class of 2016.

A raffle will be organized in upcoming months, where seniors can win front row seats to graduation, the opportunity to be first in line for cap and gown, or a free cap and gown.

Two t-shirts are currently being advertised, and seniors can vote for their favorite one on the Student Philanthropy Council’s website or on Twitter @BuffaloStateSPC.

Senior Graphic Designers Katie Radder and Laura Faye Albrecht each designed their own t-shirt, and the winning one will be sold through SPC. The winning class shirt will be sold for $20.16 each.

Proceeds for the t-shirts sold will be used toward whatever Buffalo State’s seniors agree on. In the past, seniors have voted to put the money toward a fund or project on campus that they were passionate about.

“Through the fund, seniors can look back and know that they have left their mark,” Voyer said.

Seniors will also leave their mark on Buffalo State through a video project that will tell the story of students from the class. The video will tell where some of the seniors came from, some challenges they faced, what they achieved and where they hope to go.

SPC President Errika Brooks is helping put the video together.

“We want to make this video something that all seniors can relate to, so we’ll have USG President Jorden, the homecoming king and queen, and members from athletic teams, so it’s a really diverse bunch,” Brooks said.

The video project is not using any funds whatsoever.

“We try to recycle and use what we have as much as possible,” Voyer said.

She hopes the video project will become a tradition and a memorable event for the seniors.

“We build a tradition to always pay it forward,” Voyer said. “It’s important to be collective to make a difference.”

SPC Secretary Megan Fagyas will also be featured in the video project. She joined SPC last semester, and it has since influenced her as a young philanthropist.

“We’re not just about giving money, we inspire students to give their time to make a difference on campus,” Fagyas said.

SPC plans to organize an Earth Day event. They hope to raise enough money for a tree to be planted on campus.

In April, SPC will be partnering with the Runway Fashion Show. SPC members will be volunteering with management, ticket sales, and décor. Proceeds will go toward the Fashion and Textiles Technology Scholarship Fund.

“I didn’t really know what philanthropy was all about until I joined,” Brooks said, “But why not give back to the school you earned your degree from?”