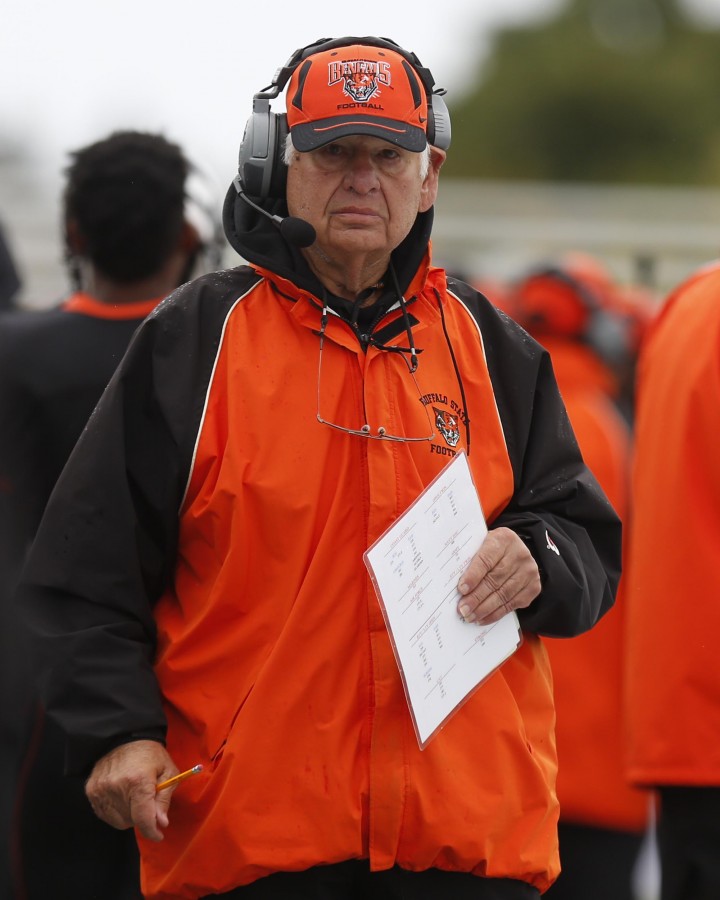 “Gene arrived on my staff in 1990 which, coincidentally, was the start of our great run of success throughout the 90s,” said Jerry Boyes, Buffalo State head football coach and director of athletics, in a statement. “He was a great friend who was so loyal to Buffalo State. Devoted to his players and their development on and off the field, he lived his entire life doing what he loved, coaching the game of life through football. He will be missed.”

Zinni spent 18 years coaching at Buffalo State over two stints, and was still employed at the time of his passing.

Zinni’s coaching experiences – which spanned a career of nearly half a century – also included a 11-year stint with University at Buffalo and a 12-year tenure with Sweet Home High School. He spent time coaching the Buffalo Destroyers of the Arena Football League and a short stint as head coach of the Twin City Gemini, a semi-pro team. He was also involved with the Jim McNally football camp for offensive and defensive linemen.

Zinni was a member of UB’s 1958 Lambert Cup football team, which turned down an invitation to the Tangerine Bowl in Orlando, Fla. after learning that its two black players were not allowed to play in the game. Zinni was inducted into the UB Football Hall of Fame in 1995.

“Keep sawing wood, men!” was Zinni’s famous catch phrase. Hard-nosed, old-school football defined his coaching style, and he was well-liked and respected by his players for his toughness.

“He would tell us that guys aren’t built how the guys were back in his day,” said Jeremiah Luderman, a senior offensive lineman. “I remember one time during a drill, he couldn’t get out of the way and a guy hit him and rolled him, but he bounced right back up and laughed. We always assumed he was indestructible.”

In this past 2015 season, Zinni’s offensive line paved the way for Buffalo State’s Empire 8 leading rushing attack, which totaled 2,430 yards. They also gave up a conference-fewest 15 sacks.

“He worked well with us. Everyone loved him. He was a players’ coach,” said Brandon Lathrop, a senior offensive lineman and two-time All-Empire 8 First Team selection. “He was the toughest son of a gun. The guy lived over an hour away, but it didn’t matter. He was still getting up at four o’clock in the morning to get to spring ball every day. When the weather was 25 degrees, he was still out there with us.”

Zinni suffered serious injuries in a January auto accident and spent a short period of time in an intensive care unit before being transferred to Hospice Lockport.

Zinni, a resident of Royalton, NY, is survived by his wife, Marlene and his three children, Laurene, Eugene and Michael.