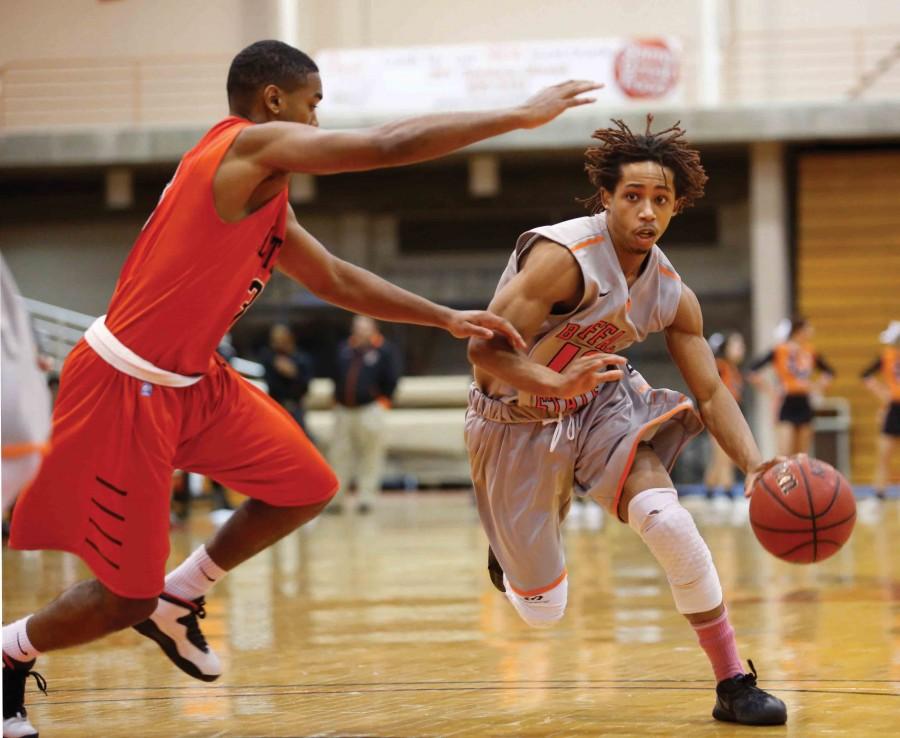 A hard-fought 91-88 loss against Fredonia on Friday has the men’s basketball team on the outside looking in at a playoff spot at 13-10 (7-9 SUNYAC).

Buffalo State started out fast jumping out to a quick 12-2 lead, but hit a wall mid-way through the first quarter. Fredonia went on a 22-11 run to take a 24-23 lead and eventually led 44-40 at halftime. The Bengals found themselves down 85-75 with four minutes remaining and climbed their way back in– managing to cut the deficit to one point with six seconds left, but Fredonia hit a pair of free throws and escaped with a three point win.

“I honestly believe they were more desperate than us,” said junior guard Lovell Smith. “I feel like we took our foot off the gas after we got out to the big lead.”

The Bengals may have overlooked Fredonia, who came into the contest with a 6-15 record.

“We have to stick with what works and keep going with it,” said Smith. “We have to rely on the bench to come out strong; as long as we have someone coming off the bench strong to back us up, we can maintain a lead.”

The two teams traded miscues and combined for a total of 58 turnovers. Fredonia committing 31 while Buffalo State committed 27.

Offensive production wasn’t the issue for the Bengals in this contest as they saw ample scoring from a multitude of players.

Junior guard Jordan Glover, who missed the last four games with an achilles tendon injury, is still faithful that his team will make the playoffs.

“Geneseo did us a huge favor and defeated Oneonta on Saturday,” Glover said. “That opened the door back up for us. We control our own destiny from this point on. At this point, we just have to handle our business and win both games this weekend.”

The team will need to win both games to have a shot at a playoff spot.

“I can’t tell you exactly how we will come out and play, but it’s not just Friday, it has to be both nights,” said head coach Fajri Ansari.

Smith feels he and his teammates need to eliminate all distractions and focus on winning as they prepare for this weekend’s matchups.

“Our mindset going into next game is that there is light at the end of the tunnel, so we have to win these next two games,” said Smith. “No jokes this whole week, nothing but focus for the team. Take these games serious and win is all we have to think about.”

Up next for the Bengals is a pair of conference games against New Paltz on Friday and against Oneonta on Saturday to wrap up the regular season.

“We put ourselves in a position that we have to win both games or we go home basically,” said Ansari. “Our season is over if we don’t win both. We have to concentrate to win these two games. They have to take all the coaching that they been getting all season long and put it together when it counts the most.”