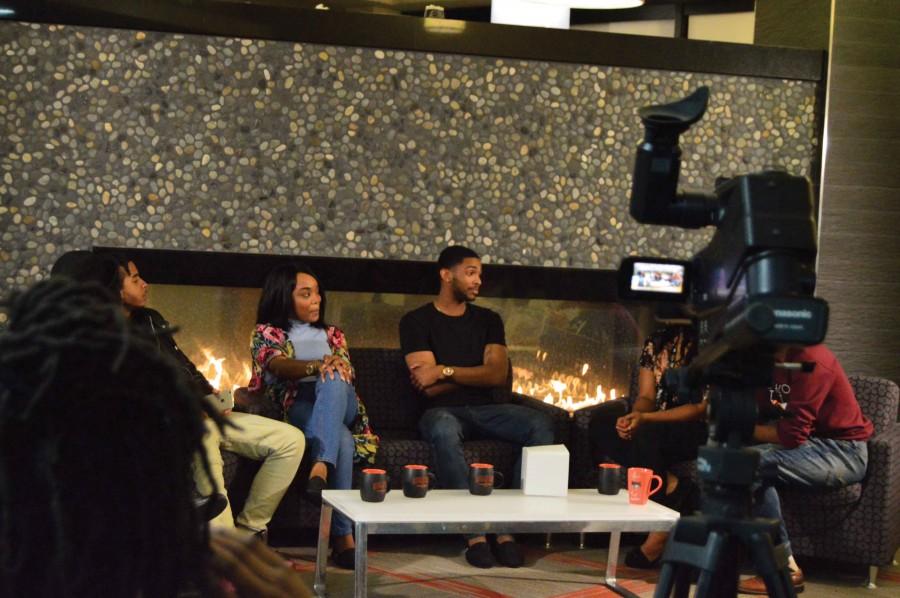 "The Front," featuring USG President Derek Jorden, is the only current show running on the air for BSCTV. It is filmed every Monday at 7 p.m. in the Fireside Lounge.

Creativity ran high at Tuesday’s meeting in the Donald Savage Theater Building as the members of BSCTV, new and old, came together to discuss the re-launch of programs on SUNY Buffalo State’s television station.

“We are currently in a bad phase, so I’m just trying to keep it afloat,” said Farah StCloud, now vice-president of the club, but stepping up to become president next semester. “It’s a bad time right now, honestly, for the club, so for now, we are just basically having a meeting to make sure we have our positions filled for next semester.”

For a short time, the club didn’t even know if it would have enough members to ask USG for funding. At the moment, the only show running on the air is “The Front.”

“They’re doing a separate thing because before last semester they were part of the BSCTV organization, but I guess the coordinator of it, (Derek) Jorden, just took the initiation and decided to do it himself without BSCTV because we’re not currently working,” said Keriann Salmon, a devoted member of the club.

Salmon and StCloud were the driving force to make BSCTV an official club once again and both shared concerns that the club needed a good foundation to make sure that this situation doesn’t happen again.

Through Salmon and StCloud’s dedication, two faculty members, Aaron Daniel Annas and Meg Knowles, agreed to come aboard and expressed enthusiasm about their new role as co-advisors.

“I really wish for them to have just great content and I think they’re going to need someone to help re-teach how to use some of the technical stuff,” Annas said. “I expect this coming year that I’ll have to devote a lot of hours to working with them, if they need me. Get my hands dirty…

I’m really excited how passionate these students are who are coming together for BSCTV. I think BSCTV’s success relies on the passion of the students. Passion and drive, and I believe if the passion and drive is there, BSCTV will be bigger than it’s ever been before.”

What happened over the last semester is a story in and of itself. President of BSCTV, Patrick Martin, said he was too busy with his workload to really give his all to the station.

“This semester I pretty much got overwhelmed by class work and my internship which is where I work now,” he said. “I’m pretty hopeful for the future. I hope it goes in the right hands. I want to make sure we retain that room, because I know it’s the first step to it. So, I just hope that somebody can make something of it.”

“I want to be able to get into film and television, so it would be nice to be in a group of people who want to do that kind of thing,” said Tristan Byrnes, a new member.

Besides schoolwork, this is one of the first clubs that inspired Byrnes to become involved.

The club members will formally request USG funds on Dec. 8.