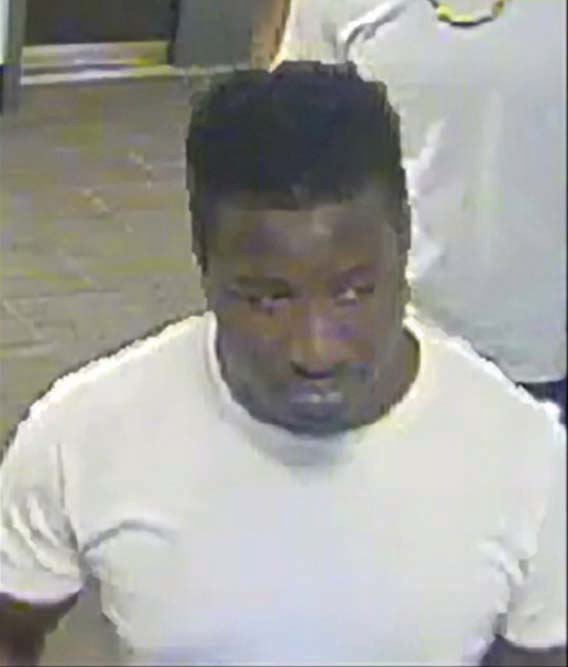 Pictured is a video surveillance image of Mohamed Kaba at the Student Apartment Complex. Kaba was charged with four counts of offenses.

A man was arrested by University Police on Thursday, September 10th in connection with a stabbing that happened September 7th outside of the Student Apartment Complex.

Kaba, from Yonkers, NY, will be charged with one count of first-degree assault, two counts of burglary and one count of fourth-degree criminal possession of a weapon.

He was found in an off-campus residence, where he tried to hide in the building. UPD officers had the building surrounded.

Kaba was found with the help of the Buffalo State community after receiving tips via UPD’s email and voicemail tip lines. University Police Chief Peter Carey said that UPD started receiving tips once the surveillance image of Kaba was released

“We appreciate the cooperation of the community,” Carey said, stating that the tips were critical to making the arrest.

According to UPD, several people began fighting at about 2:35 a.m. Security camera video showed the suspect attacking the victim with a razor or box cutter type weapon before everyone dispersed.

“It was a large group of people engaging in separate fights,” Carey said. “Not all of it is on video. Some of it’s on video, some is outside the camera angle.”

The victim was taken by a friend to Sisters Hospital, where he was treated for injuries to his back, torso, and arms. Another student was treated for abrasions on his hands.

The victims, a sophomore and a junior, were residents of the Student Apartment Complex. The victim has not told police what the fight was initially about.

“We have information from other people that it may have been in retaliation for another incident that took place over the weekend off campus,” Carey said about the stabbing.

Both students were released from the hospital and returned to campus. Carey said the stabbing victim “doing well, under the circumstances.”

Shanelle Grant, a senior majoring in both mathematics and education residing in the Student Apartment Complex, said she knew the victim of the stabbing.

“I was speaking to him and he seemed fine and then my friends told me, ‘yeah he’s the one who got stabbed’ and I’m like, ‘Yikes, I didn’t know it was him.’” Grant said.

“I just feel like he knows who stabbed him and he won’t say anything to people because you know, snitches get stitches and he feels like he’ll end up in more trouble with the actual guy who did the stabbing,” Grant said.

“Don’t be scared of nobody,” Grant added, “Just tell who stabbed you, for the safety of everybody else.”

Grant said that the school could do more to improve on-campus security.

“They’re kind of reactive instead of proactive,” she said. “Like now they’re in the buildings surveying in case anything happens but what are you going to do now, if a stabbing already happened? And you’re only in STAC, it’s not like you’re in all the buildings, so what happens if somebody gets stabbed in Tower 2? You’re going to run over there and forget about STAC?”

“It’s unethical,” Daniek McGowan, a senior business major who is also a resident of the Student Apartment Complex, said of the fight. “I feel like it’s wrong, they shouldn’t have done something like that. I hope the person gets caught.”