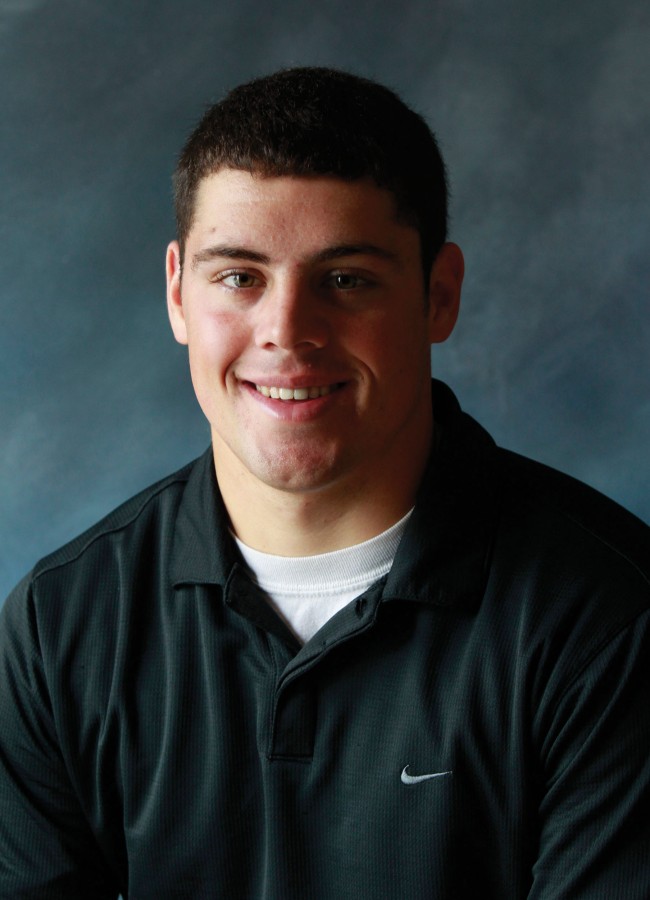 I’m not going start this with a sappy, cliché-loaded narrative. Plain and simply, I’m Dave DeLuca and I have been promoted to Executive Editor of The Record next semester.

Damn, I lied, here’s that narrative.

I may be one of a select few to say this, but I never visited Buffalo State before I officially decided to enroll. I didn’t take a tour, hear the “recruiting” pitch or even apply to other schools.

I was set on Buff State from the start and I didn’t really care about the factors that could potentially sway me from one school to another. The journalism program here, combined with the affordable tuition, it was a no-brainer for me.

I was interested in working for The Record as soon as I got accepted and my first visit to campus — other than coming to high school basketball games at the Sports Arena —was an informal meeting with former executive editor at The Record, Brandon Schlager, in July of 2013.

Brandon — much shorter than I imagined him being (sorry, bud) — gave me the rundown on how The Record works, from delivering the paper, to understanding all of the advantages of contributing to the paper.

I was never sure what my experience would be like at the paper. Would this really be the highlight of my college experience like Brandon was saying? Or was he just giving me the run-of-the-mill recruiting pitch that never really lived up to the hype?

When I look back at the past two years here, it’s hard to imagine what the hell my college experience would be like without The Record.

I’ve created friendships, wrote stories I’m proud of and made memories that I’ll certainty never forget. I, mean, damn. Just looking back at last month’s April Fools issue circus, this has been one heckuva ride.

However, this isn’t a goodbye column. I’m only half way through my college career and I have so much to look forward to at The Record. I’m privileged to be one of a select few to be elected as the mastermind behind the paper as just a sophomore.

With five of our nine editors graduating this semester, we definitely have our work cut out for us.

However, next semester, some of the vacant positions will not be filled, as I’m planning on downsizing our editorial staff to put more of a focus on our reporters and staff writers. Being able to pay those who are working hard week-after-week is a huge priority for me.

For the past two years, The Record has flourished because of the efforts of a small number of people. Whether it is a staff writer working on multiple stories every week, or an editor having to do another editor’s job, the staff has lacked balance from top to bottom in recent years.

Building a larger, more committed staff is a must.

I will also focus on continuing to advance The Record digitally — making significant improvements to our social media and multimedia presence.

But, at the end of the day, it’s about the unique opportunities this paper provides. In just two short years, I’ve learned so much and have experienced even more.