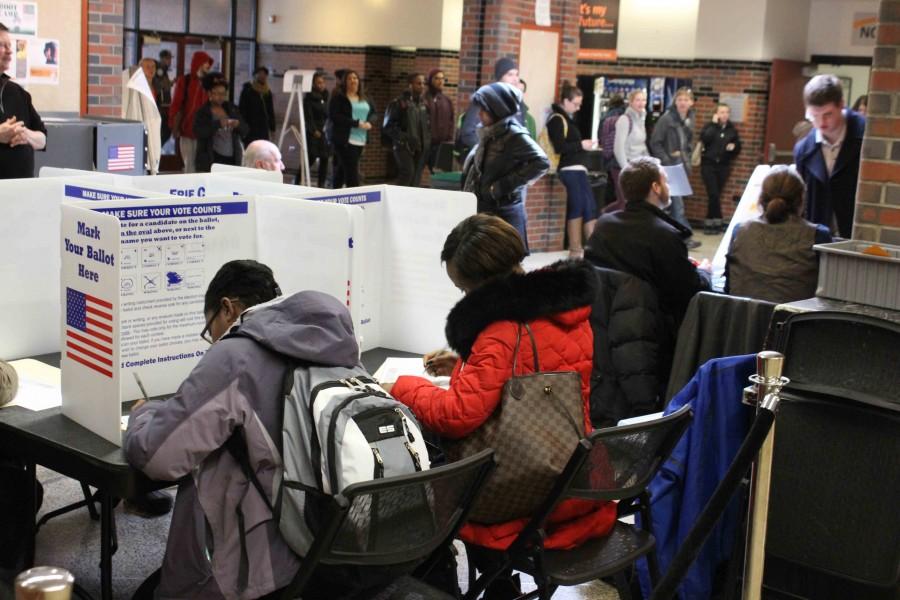 Ballots cast for this year’s United Students Government elections were nearly double what they were last year.

USG Executive Vice President Emily Leminger had the highest number of votes in any category with 894.

The NYPIRG referendum is required to be voted on every two years, which could be part of the reason why every other year there is over 1,000 students who vote.

“We campaigned all week long and were out there, on average we talked to like 60, 70 classes a day,” NYPIRG Project Coordinator, Julia White, said.

White said that it seems to be the case that NYPIRG plays a major role in getting students to polls.

“Since NYPIRG was also up on the ballot, as part of our contract, we have to be voted back in every two years, we brought some extra people down to help spread the word and let people know who might not already know who we are, why they should vote ‘Yes’ for us,” NYPIRG Project Leader Alex Bornemisza said.

Bornemisza said students who don’t agree with what NYPIRG is working on can come to their office, located in Campbell Student Union 419 and ask for a refund for the $3 donation.

“It ensures accountability,” White said. “The refund is just one other aspect we have to ensure that accountability, but the referendum that happens every two years as well, is to make sure that students want us to be here, that they want us to receive that $3 per student per semester that comes out of the student activity fee to support the work we do. It funds my job on the campus and all of the campaigns that we work on, and then goes and spreads across the organization to make sure that we can actually make a difference in Albany and pass legislation to support the work we do here on campus.”

Despite the importance of referendums, much of the student population doesn’t vote.

“No, I didn’t vote because I’m not really into politics,” sophomore computer information systems major, Stanley Casimir, said. “I didn’t really see much of a reason to vote anyway, so I just choose not to.”

Out of the approximately 12,000 students at Buffalo State, only about 12 percent of students have voted in USG elections in the past five years.

“I would like to see, in the future, organizations that also depend on that student activity fee, and there are a lot of them, to be encouraged to go out and campaign as well,” White said.

White said that while almost 1,200 students voted, there could have been so many more.

“It’s hard to really get that message across to students, that if that student activity fee didn’t exist, neither would so many other extracurricular activities outside of school,” White said.

Students at Buffalo State may have voted to keep the student activity fee mandatory, but SUNY University at Albany’s students recently voted to make their fee voluntary.

“Earlier in the day, during the general SA election, the Student Activity Fee appeared on the ballot. The fee was previously mandatory, but students voted to make it voluntary for the next academic year.

As it stands, the fee is $100 per semester for full-time students.

The money from the fee funds student groups, such as Middle Earth and 5Quad. It also pays for events like the Speaker Series and ParkFest, as well as student legal services and Dippikill.”