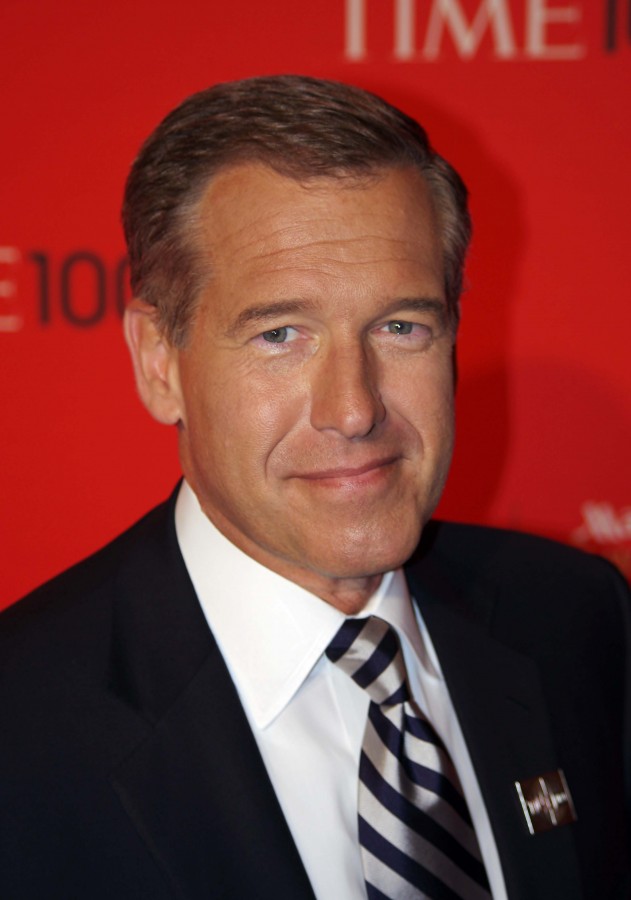 Hey all. It’s Brian Williams, or B-Dubs, if you will.

Can you believe the weather this past week? I think everyone is about ready for spring. As I looked out at my driveway earlier this week and watched snowflakes coming down like artillery fire, I couldn’t help but feel haunted by my recent past. I thought I could put the troubling memories of Snowvember in South Buffalo behind me, but the horrifying experience rushed back and flooded my thoughts; it was as if it were only months ago.

It was November 18. I was driving through South Buffalo, on my way to City Hall to cover a story for NBC Nightly News.

I’d been warned that Buffalo was going to get hit with a snowstorm, but I didn’t care. Bringing the truth to the people about Mayor Byron Brown’s affair with a woman known as “Nicki” was my only concern.

Little did I know, this was the beginning of an extraordinary journey.

An enormous wall of snow stopped my Infiniti right in its tracks. I could barely see anything two feet in front of me. I decided my best option was to stay in my car until a rescue crew arrived.

Three hours passed, but no help came. I wondered why no one had rescued me, because, after all, I’m Brian Williams.

It was then that I realized I hadn’t called for help. Frantically, I searched for my cell phone. But when I went to dial 9-1-1, I realized my phone was dead.

I was slowly coming to the harsh realization that Buffalo was not a fairytale food land of chicken wings, pizza and beef on weck sandwiches as I was led to believe, but rather a snowy, blizzarding hell.

My car wouldn’t start, so I had no choice but to carve my ice scraper into a spear and venture out into the Buffalo tundra.

Both my car and phone were dead, and pretty soon I figured I would be too.

It had to have been around 4 p.m. Hunger was slowly settling into the pit of my stomach.

I stumbled upon a wooded area, where I found a wooden shack with a sign that read “Mighty Taco.” Its doors were locked, so I figured the owners wouldn’t mind if I broke in. They probably would have given the food to me for free, anyway. I mean, I am Brian Williams after all.

After eating a monstrous, sloppy, raw beef burrito, I went on my way. You may be wondering why I didn’t cook the meat. Well, that’s because I had no time to fire up the grills. I was not concerned about anything but my one and only objective – exposing Brown. I figured I could still make it to City Hall in time, but I’d have to hurry.

I then spotted wild buffalo roaming in an open field (Buffalo has lots of buffalo, that’s why they named the city Buffalo). After offering burrito scraps to them, they accepted me as one of their own. I climbed onto one of their welcoming backs and rode off into the night towards City Hall, guided by the North Star. I dismounted the noble beast, making sure to thank him for his services.

I then burst through the City Hall doors and rushed up to the Mayor’s Office. I straightened my silk tie and slicked back my hair, because looking good is the number one rule when breaking a story. Any good journalist knows that.

I kicked open the door with my Ted Bakers, but nobody was there. No Mayor Brown, and no “Nicki.”

I scanned the room and spotted a shadowy figure. It slowly stepped out of the dark corner and into the light, calmly, with its hands held behinds its back. The trademark milky brown skin tone and phosphorescent pink hair led me to believe it was hip-hop star Nicki Minaj.

But a full scan of the shadowy figure led me to the horrific, shocking realization that it was actually Mayor Byron Brown dressed as Nicki Minaj, wig and all.

I ran out as fast as I could, terrified from what I’d just witnessed. The last thing I recall was sprinting down the hall towards the doors, the lyrics growing fainter as I raced away from the real-life nightmare.

“Somebody please tell him who the eff I is. I am Nicki Minaj, I mack them dudes up, back coupes up, and chuck the deuce up.”

I never went back. Some stories were just never meant to be told.