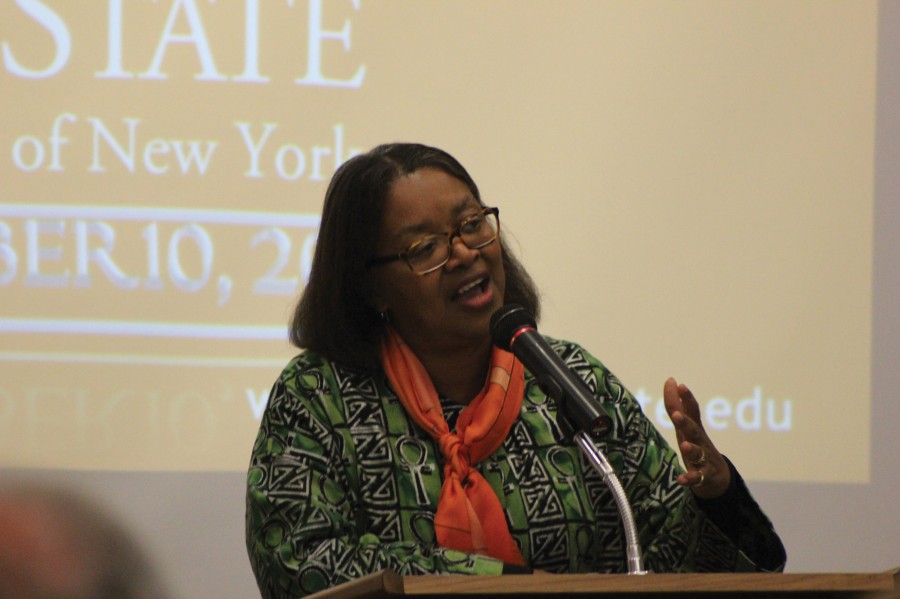 Buffalo State press secretary Edward Rasmussen said in a statement Wednesday that the strikes were necessary in order to protect Buffalo State’s interests.

“We were able to take out several high-value targets, as well as some medium-value ones and some other ones that didn’t really matter,” Rasmussen said. “In all, our mission was highly successful.”

The drone strikes have drawn criticism from groups across Buffalo who argue military action is beyond the scope of the President’s power.

“It’s time to end Buffalo State’s imperialistic policies. President Conway-Turner has once again proven that she can’t be trusted with the powers of the presidency,” said Buffalo State Students for Peace President Josh Frank. “She ran on a platform of peace and promised to end our military involvement in UB. But on matters of military action, she’s caused more civilian casualties than Cohen and Podolefsky combined.”

Frank added that Conway-Turner has folded on other progressive promises she ran her election campaign on, like closing the torture facilities in the Classroom Building.