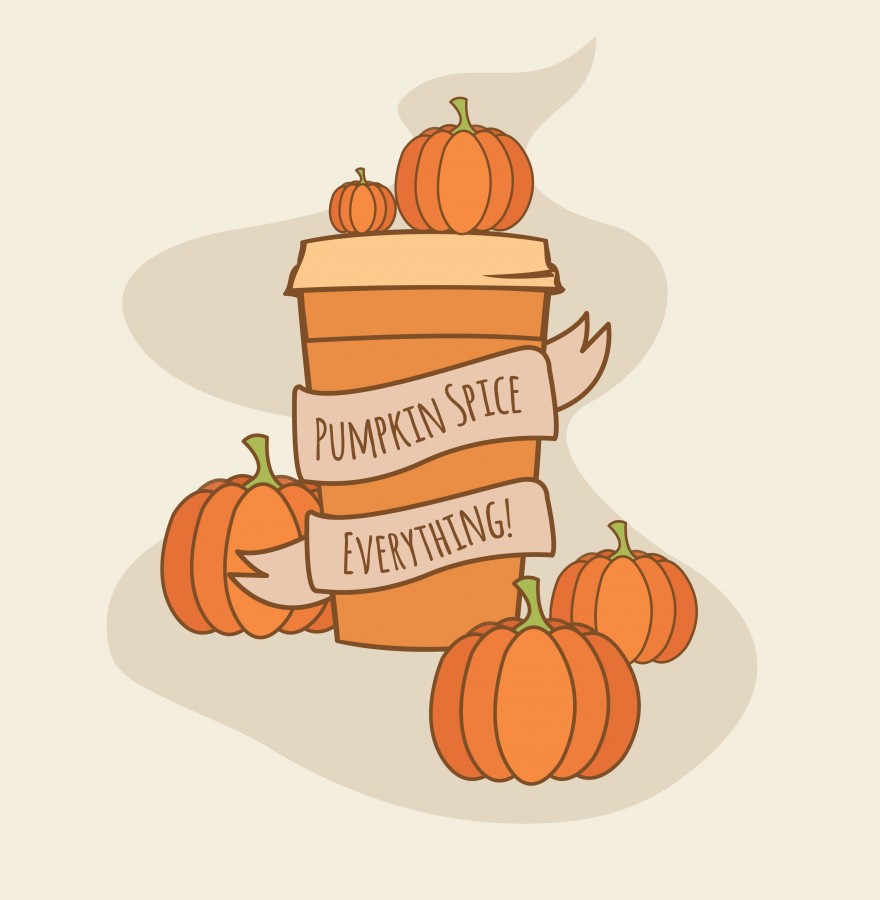 The second coldest season of the year has just begun, but this year, fall came a lot sooner than usual.

Starbucks introduced PSLs to their menu as a seasonal offering back in 2003. The company recently reported that the hashtag #pumpkinspice has been included in more than 29,000 tweets since August 2012.

Sales of pumpkins within the last five years have even been reported to have risen 34 percent, according to the U.S. Department of Agriculture.

Christine Miranda is the manager of the Starbucks Café located in the Barnes & Noble at Buffalo State bookstore. According to Miranda, the pumpkin spice flavor was not only added to the menu an entire month early at the end of August, but it has also been included in a numerous amounts of orders recently.

“Our pumpkin’s a flavor shot. We can put it in anything,” Miranda shared after rattling off a list of Starbucks drinks she has witnessed being turned into a fall treat. The flavor shot has been used to create drinks such as the pumpkin caramel macchiato, salted caramel mocha with pumpkin, and pumpkin Frappuccino.

Other than PSLs, drinks specifically offered by Starbucks during fall include salted caramel mocha, apple cider, and caramel apple spice. There has even been the addition of the pumpkin chai latte — the pumpkin spice latte alternative for those on a dairy-free diet.

Cafés such as SPoT Coffee have spiced up their menus for autumn as well. According to Chris Cartwright, employee of the SPoT Coffee in the Student Union, seasonal features of the campus café have included pumpkin spice lattes and pumpkin spice doughnuts, but — like at Starbucks — customers have asked for shots of pumpkin spice in other drinks.

“Maybe [it’s] the weather,” Cartwright answered when asked what made SPoT Coffee’s pumpkin spice as popular as its caramel macchiato. “It’s kind of a warmful flavor. ‘Cause once you try it with like a warm chai latte, it kind of wakes you up — and it’s got that kick of pumpkin, so it gives you a warm flavor.”

The pumpkin spice craze has been found in everything from Oreos to hummus. This craze has also been the subject of online hoaxes advertising pumpkin spice products such as tampons, flavored condoms, scented toilet paper, Doritos, and deodorant.

The latest hoax, created Twitter user @Things4WhitePpl, was that pumpkin spice would be added to the line of Four Loko’s alcoholic beverages.

For every fan of pumpkin spice, however, there is someone who would much rather not indulge in the taste of pumpkin.

“I hate pumpkin. It’s gross and it smells funny,” D’Amico further explained her choice and why she dislikes pumpkin spice lattes. “I’ve had them, but — eh, no.”

Buffalo State’s Pride Alliance President and junior geology major Nickey Sereluca, associated their dislike for all things pumpkin flavored to the belief that pumpkin is “too sweet” of a flavor.

Those who adore this season’s onslaught of pumpkin flavored products as well as those who are not as smitten at all can agree on is that the fall flavor should remain seasonal.

“End of our pumpkin season is Nov. 5, so, hopefully I don’t have to see pumpkin again until next fall,” joked Miranda.