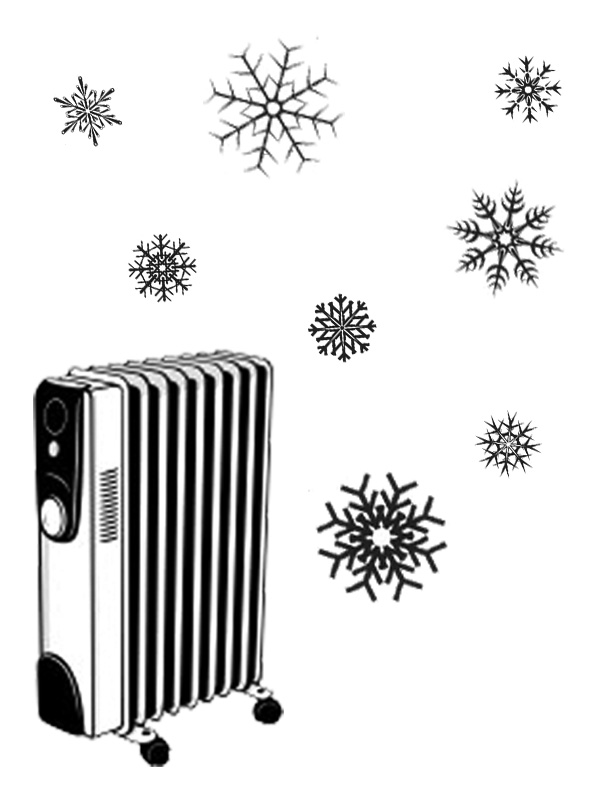 Student residents have made several complaints about the inconsistency of heating throughout campus. Several students have noticed a difference in room temperature between dormitories, suites and the main buildings such as Bulger Communication Center, Campbell Student Union and the library.

Criminal justice major Dustin White said that the computer room in the library is always cold, but his suite in Tower 3 is “super hot.”

Interior design student Stephanie Mohorter, who also resides in Tower 3, claims she has noticed extreme differences with the heating and feels it is too warm now and was not warm enough last semester.

“The heat is overpowering. My roommates and I have to open the window,” Mohorter said, adding that Upton Hall is also very warm, which is a major difference from how it was last year.

Mohorter and White are not the only residents who are experiencing issues with the heating in their dormitories. Health and wellness major Breana Hargrave said that the issue is so intense that it makes her not want to dorm on campus.

However, Hargrave’s issue isn’t with the heat; her dorm is too cold for her and she notices that all the main buildings such as the Student Union are warmer.

It appears that the temperatures vary from suite to suite, showing major inconsistencies in a single dormitory. Some students have claimed that there has always been an issue with the heating while others don’t seem to notice at all. There is trend in the students who notice – they tend to be residents who spend a lot of time on campus.

Psychology major Veronica Darlow said that the North Wing is hotter now, but Bacon Hall is the hottest of all buildings.

“For me, my room is super cold and it feels like I’m outside,” journalism major Shana Campbell said, adding that she notices other buildings seem to have a better temperature.

There are a variety of different stories on the topic. Some students claim it has always been hotter in the dormitories while others, such as Campbell, say the opposite.

Dale Swain, Buffalo State’s electric, heating, ventilation and air conditioning supervisor, did not return multiple phone calls and emails from The Record. A customer service associate who works at Clinton Center said, “If he intended on speaking to you, he would have called.”