Family feuds should be kept behind closed doors 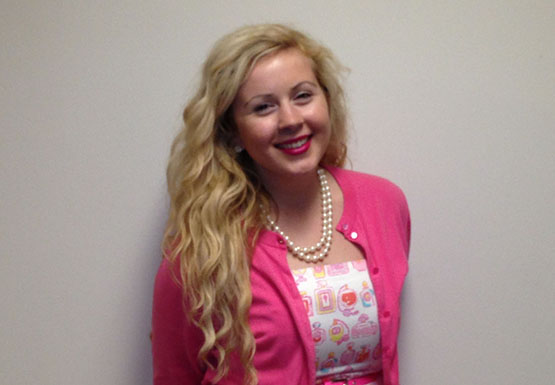 “Tis the season to have your life choices mocked at the dinner table.”

My older sister Meghan recently sent me a picture of a card with this humorous quote written on the front. It surely struck close to home because we both could picture all of the embarrassing mistakes we’ve made, that will be made fun of in front of all of our cousins this holiday season.

Though we’ll bring out the best stories of some of our most humorous arguments, we’ll keep some of our serious disagreements private, unlike the prominent Cheney sisters recently did.

These sisters recently made their disagreement about same-sex marriage public — and one of the sisters happens to be lesbian herself. GOP senate candidate Liz Cheney believes in traditional marriage, while her sister Mary Cheney and her wife, Heather Poe, believe same-sex couples should have the right to get married. Mary took to Facebook to say that she disagreed with her older sister.

“Liz – this isn’t just an issue on which we disagree – you’re just wrong – and on the wrong side of history,” she wrote on Facebook.

Even their well-known parents, former vice president Dick Cheney and his wife Lynne, were

“pained” by their daughters’ public dispute, and they quickly responded to try to protect their family.

“This is an issue we have dealt with privately for many years, and we are pained to see it become public,” the Cheney couple said in a statement. “Since it has, one thing should be clear. Liz has always believed in the traditional definition of marriage. She has also always treated her sister and her sister’s family with love and respect, exactly as she should have done.”

Liz Cheney said in a Fox News interview on Sunday that she loves her sister and her family.

“This is just an issue on which we disagree,” she said.

My family, like the Cheneys, has a problem keeping skeletons in the closet. The Cheneys’ public dispute isn’t solely about their different stances same sex marriage — it’s a sibling rivalry that never was solved. They’ve brought it out into the open, much like my family likes to do too, but their family taken it too far.

My family loves to have a good chuckle remembering the time I shaved off my bangs in sixth grade or the time that I told my cousins to watch my cheer routine and I fell flat on my bottom on the basement floor.

Those mistakes still even bring a smile to my face today. I also even tend to smile when I think of all the silly feuds my sisters and I have had throughout our lives.

I’m the youngest of five girls. My older sisters are my “sister moms,” and though they’re my role models, sometimes we get into our own innocent brawls.

We fight when either one of us is wearing the other’s clothes, we fight when we can’t find the straightener or other beauty products that we share, and we fight about any other everyday things.

Sometimes we even fight about bigger issues — including life decisions.

These quarrels are meaningful and are filled with love, so we always make up and respect each other. Part of that respect means keeping our arguments private.

We now laugh them off and are fine sharing these silly tales with our family around the holiday table.

However, we would never make our serious fights public, whether it was to our own family or even worse — all of society, which is what the Cheney sisters did.

Even if the Cheney family wasn’t known publically or involved in politics, I still think that it would be wrong for the sisters to get the world involved in their personal battles. I don’t think it’s right to air out your dirty laundry. Every family has their problems, but sometimes it’s best to keep private. Sisters should support sisters, no matter what.

As Lilo said in Lilo and Stitch, “Ohana means family. Family means no one gets left behind. Or forgotten.”