Councilmember and professor took career risk that ultimately paid off 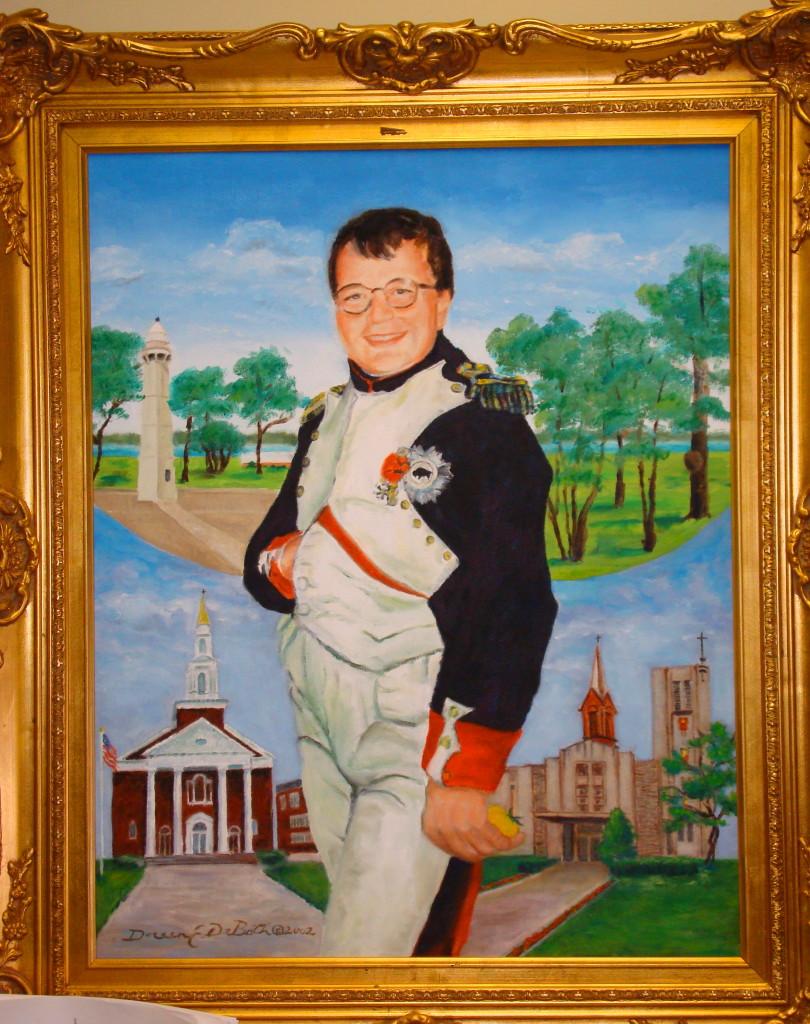 Councilmember Joseph Golombek, also an instructor at Buffalo State and a toy soldier enthusiast, has a lot of hope in the future of Buffalo's waterfront development.

Politicians are people, too. I sat down with Councilmember Joseph Golombek, who was most recently in The Buffalo News for saying that the city of Buffalo will lose revenue if additional casinos are built throughout New York State. I set out to get to know the Buffalo native a little better, asking him all about himself, as well as the city that he teaches in and represents.

Your Facebook page states that you’re the son of a Polish immigrant who knows the value of hard work and the importance of achieving the American dream. How do you channel your parents’ work ethic and ambition to be successful in all you do today?

My father lived through the Nazi and Soviet occupations of Poland. It was a very difficult time. My mother lost her father at age 10. Both families were exceptionally poor. When they raised a family they taught us that hard work and education were musts. I try to follow their advice every day.

As a SUNY Buffalo State alum with a bachelor’s degree in history and a master’s degree in social studies education, how does it feel to not only work at your alma mater today but to also represent the area?

When I was growing up I wanted to be a teacher and councilmember. I have accomplished both goals. That is a cool experience. And teaching at Buff State is awesome. Most of the students are good and they have taught me a great deal over the years.

Were you a teacher or a councilman first? How did you end up doing both?

I was a high school social studies teacher first.  An opportunity arose to run for council and I took it. I am a bit of a risk taker.

How do you apply your experiences as a councilmember to what you teach your students as a lecturer in the history and social studies education department?

Having lived politics and government I understand history better.  The personalities are similar. I have had allies and opponents who acted (or would have) like Henry VIII, Hitler, Stalin, etc. I understand a bit better why historical figures have done what they did.

What’s your favorite part about being a teacher at Buffalo State?

I love the students.  Since 2001, I have taught thousands of young people.  Every year, I make friendships and acquaintances that have lasted years.  I have met future teachers, artists, political activists, a wide variety of people.

Your Facebook page lists “fiscal responsibility and good government” in your basic information section. How do you work to achieve both of those missions?

My colleagues would sometimes get frustrated with me because I would ask, “Where’s the money coming from?”  The value of money is something that my father instilled in me.  He taught to never overspend and only use credit when necessary.

Buffalo became a great city because of our waterfront.  We are returning to that theme now. Freshwater will be our future.

You graduated from All Saints Grammar School and Riverside High School. How do you think your Buffalo upbringing and education helped shape who you are today?

I was brought up in a very diverse neighborhood.  It was a wonderful experience.  Catholic grammar school taught me discipline.  Riverside opened my eyes to fellow students who lived in other parts of the City.  Both were great experiences.

What advice do you have for students who may want to pursue a career in government like yours?

Make sure you believe in something more than party politics.  Neither the Democrats nor Republicans have a monopoly on being right.  Believe in something.  Too many operatives of both parties believe in nothing but winning (winning is important and if that becomes your final goal you turn into a very sad shade of a human being).

What’s something interesting about you that most people don’t know?

I collect miniature toy soldiers and have close to a hundred thousand of them!