Recap of ”Conversations With Cait’ episode 3: The importance of addressing Islamophobia’ 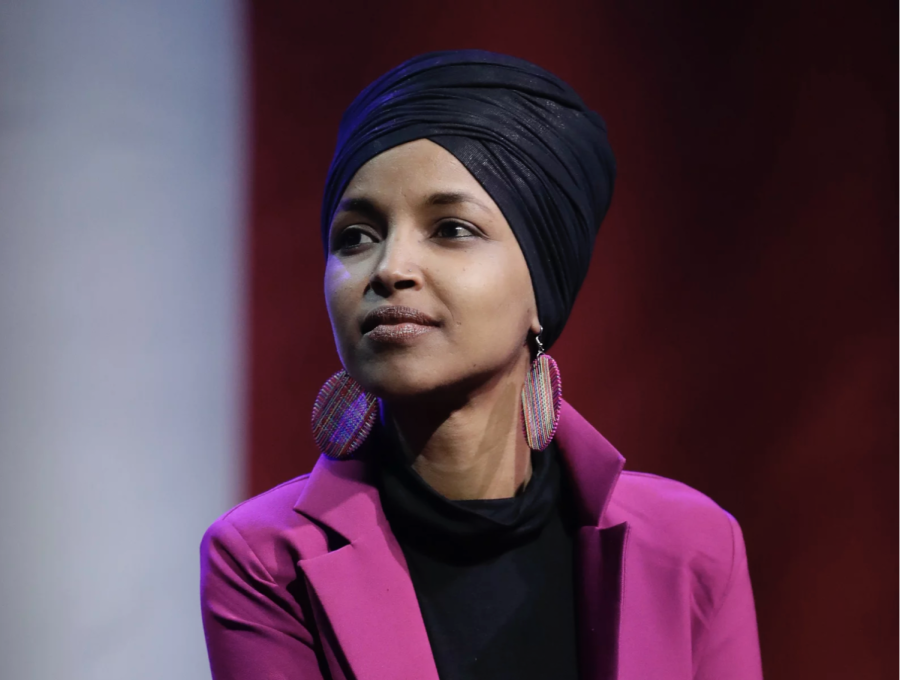 Islamophobia is nothing new and it’s especially apparent today in Congress.

In November, a video surfaced of Republican Rep. Lauren Boebert of Colorado making anti-Muslim remarks about Democratic Rep. Ilhan Omar of Minnesota at a Conservative party in September.

She referred to Omar as a member of the “Jihad Squad,” and said that she felt safe since Omar didn’t have a backpack with her, referring to her as a suicide bomber.

In mid-December, The House approved the Combating International Islamophobia Act, which addresses the rise in incidents of Islamophobia.

This bill “requires the U.S. State Department to create a Special Envoy for monitoring and combating Islamophobia and include state-sponsored Islamophobic violence and impunity in the Department’s annual human rights reports,” according to the press release.

The passing of this bill didn’t run smoothly though.

During the floor debate, Republican Rep. Scott Perry of Pennsylvania not only accused Omar of having ties to terrorist organizations, but he addressed a concern of the lack of definition of Islamophobia, and argued that it’s so vague where it opens up the door for the definition of the term to be “made up” based on individuals’ “political proclivities.”

It has yet be approved by the Senate before being signed into law by President Joe Biden.

Amnah Mohsin, a junior at Buffalo State majoring in journalism and minoring in political science, and Ali Asani, a Harvard professor of Indo-Muslim and Islamic religion and cultures who holds a doctorate in near Eastern languages and civilizations, joined “Conversations With Cait,” in a Zoom interview to share their thoughts on this bill.

Mohsin, who is the daughter of immigrant parents from Yemen, said that Boebert’s actions make her question Boebert’s suitability to be a congresswoman and that her apology, which was posted on Twitter shortly after the video went viral, seemed that it was done “half-heartedly.”

“There’s always going to be racism in America,” Mohsin said. “It’s coming to a point where change is long overdue.”

“It really surprised me that this kind of rhetoric should be present in the way that chambers make laws and govern the country,” he said.

The Murray A. Albertson Professor of Middle Eastern Studies said that although he doesn’t think that the bill is enough to stop anti-Muslim bigotry, it’s a crucial first step in identifying the problem from a legal standpoint.

Islamophobia is nothing new to Mohsin.

Her first encounter with Islamophobia was when she was 9 years old on the bus.

“The kid behind me, turns around, looks at me and says, ‘Go back to your country,’ and I just sat down quietly and silent the whole entire ride,” she said.

Mohsin also recounted how she witnessed a verbal attack from a middle school teacher when she and other students were asking for help on an assignment.

“He got up, turned around and he said, ‘What, Osama bin Laden?’” she shared.

Asani also mentioned how his students opened up to him about verbal racist attacks they faced while walking across Harvard yard.

“There’s so many attacks like this that happen, so many. If it’s not physical, it’s psychological,” Asani said.

Asani was “particularly active post-Sept. 11 in improving the understanding of Islam and its role in Muslim societies by conducting workshops for high school and college educators,” according to his faculty page.

His goals in conducting these workshops are to combat what he calls “religious illiteracy,” where he takes a cultural studies approach to observe how religion is “embedded in very intricate ways in different contexts” including social, historical, political, economic, artistic, and literary.

“These contexts themselves, which of course are connected to each other, shape how an individual thinks about or interprets religion,” he said.

Using an example of the Ku Klux Klan, Asani shared how the Klan used the text of the Bible itself to justify white supremacy and dehumanize non-Whites, unlike African Americans, who interpreted the Bible’s text as a symbol for “hope, freedom, salvation, and liberation.”

“The question is not whether the Bible promotes racism or violence or slavery or anything like that. It’s how the Bible is read and who is reading it and how does the context of the individual shape how they are reading the Bible,” he said.

Asani also mentioned how it is crucial for people to understand that religion is an abstract idea, and to separate people doing harmful actions in the name of religion from the religion itself.

For those who are curious to learn more about the nature of religion, he offers a free online course through HarvardX/EdX called “Islam Through Its Scriptures,” which, through a cultural studies approach, looks at the role that the Quran plays in Muslims’ lives and the various ways that it’s been interpreted.

Listen to the full interview above!

What are your thoughts on this bill? Let us know in the social media comments.

For additional resources, check out the video description.

This article is also featured on typeawaycait.blogspot.com.