NHL vs NFL vaccination: Why such a difference? 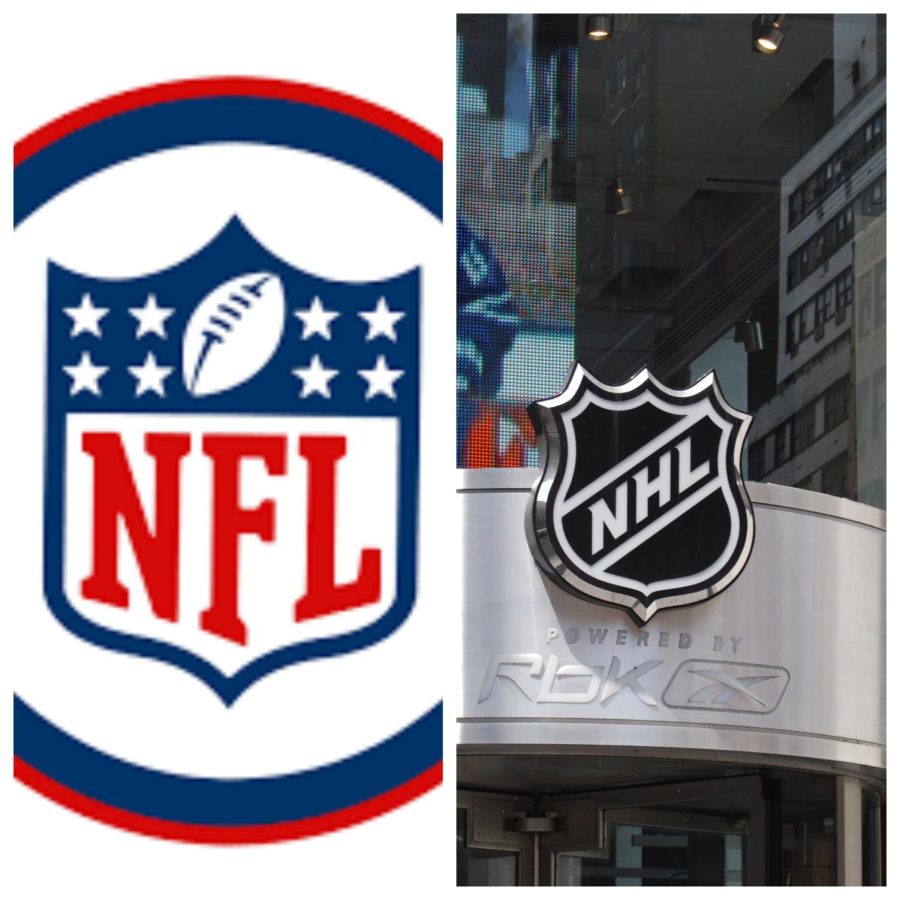 The topic of the Covid-19 vaccine is one that is very prominent in everyone’s lives right now. Whether people trust it or not is a big issue. Although one of the main issues in entertainment is whether athletes get vaccinated or not. Especially in the NFL, there are many players that were outspoken over getting the vaccine. Big names also, Arizona Cardinals receiver Deandre Hopkins as well as our very own Buffalo Bills receiver Cole Beasley.

In contrast, in the NHL most players and staff have seemed to fall into line with relatively no issue. So I wanted to look at the difference in rules for vaccinated and unvaccinated players in each league as well as the percentage of who is vaccinated and who is not, and lastly why there is a difference in the numbers between the NHL and NFL.

First, let’s start with the rules for unvaccinated players in each league. So first things first the NFL says that any game that is affected by a Covid outbreak of an unvaccinated player will result in that player’s team forfeiting the game giving the opposing team a win.

As a result, neither team will receive payment for that game or any bonuses they would’ve gotten otherwise. For the unvaccinated player if protocols were vaccinated further actions may be taken such as a fine or suspension. The NFL will not reschedule the game under any circumstance and the team that had the outbreak could also be held accountable for all financial losses. The NFL last year made many changes to the schedule last year in regards to Covid affected games and has no intentions this year to reschedule or add a 19th week to the season. The NFL is not mandating vaccines although that stance makes it very clear that they would rather you get the vaccine.

The NHL has a very similar stance. Although the NHL is much more clear on the freedoms of the unvaccinated player, or rather lack thereof. According to Emily Kaplan of ESPN, the NHL announced that players who aren’t vaccinated will only be able to go to their team hotel, practice facility, and arena while being unable to use areas such as bars, restaurants, gyms, and pools. Unvaccinated players will also be forbidden from having teammates or visitors in their hotel rooms. Under NHL rules, teams will be permitted to suspend unvaccinated players who are “unable to participate in club activities,” whether due to a positive test for Covid or due to an inability to travel because of government restrictions. Unvaccinated players lose one day’s pay for each day they miss, though the league will make exceptions for players who do not take a vaccine due to religious or medical reasons. Now the NHL has a unique situation compared to the NFL the NHL needs to deal with US rules as well as Canadian border rules which are much stricter and tighter to get around. Luckily for the NHL Canada did loosen those rules for the playoffs when US teams had to play Canadian teams but vaccines have still been difficult to get widely spread in Canada so fairly it makes sense Canadian teams and US teams traveling to Canada will be cautious.

As of September 23rd, 2021, the NFL’s official player vaccination rate is 93.7% for players and 99% for personnel and staff. The NHL’s rate is 98% league-wide including players and staff. That 98% leaves us with about 10-15 unvaccinated players. Now the percentage difference doesn’t sound that big but when put into numbers the NHL has a low 10-15 players unvaccinated compared to the NFL which with a roughly 6% unvaccinated rate is a much bigger number in just over 100 players.

Why is it that so many more players in the NFL refuse the vaccine? Well first off is when you have about 500-600 more players than the NHL obviously the unvaccinated number will be bigger. Although that much bigger? I think the biggest difference is brand. Along with being athletes, NFL players are also brands. We see this in the NHL a little bit but not to the same extent as the NFL. It is no secret that the NFL is the biggest sports league in the US which means players make more money which means more reason to be worried about losing that money. Superstar wide receiver Deandre Hopkins had this to say in reaction to the NFL’s vaccination announcements

“Never thought I would say this, But being in a position to hurt my team because I don’t want to partake in the vaccine is making me question my future in the” he then later deleted the tweet and instead tweeted “Freedom?” then followed by saying he has 9 years left in him to play.
Other notable stars such as Jalen Ramsey of the LA Rams said he wouldn’t pressure any teammates into getting the shot. As well as Ezekiel Elliott saying he got it because he thinks it is what’s best for himself. Although other players are siding with Hopkins saying that they refuse to get it.
In the NFL it is as much of a team-focused game as it is a player-focused game. At the end of the day, the players are why people watch just as much as they watch for their favorite teams. That is not to say it isn’t the same in the NHL but NFL players take advantage of it and build brands because of it.

For example, Tom Brady has built his TB12 brand off the success he has had on the field. So you can understand that if he doesn’t want to put something in his body that he’s not so sure will work that it could possibly ruin his brand if he could no longer play as a result of it. That is not to say he argued against the shot but just as an example of being important to players.
In the NHL though it is a much bigger team-based mentality. Some players have made a brand based on themselves but for the most part, it is a relatively boring league when it comes to promoting players which is a big critique of the NHL.

So the main reason why I think the vaccine difference is so high is due to the clashing cultures of each sport. In the NFL it is very easy for a player to build a brand and make it as themselves. But the NHL culture frowns upon this and some even rule against it. I mean we’re just now seeing teams relax on the suit requirement before games. The cultures are vastly different so therefore the image of players is too.

When the team mentality is much more important than the self mentality it pressures you to do what the team wants you to do. Whereas in the NFL that team mentality isn’t as strong so you make decisions more based on what you want for yourself as the NFL is bigger and you can create that image of yourself easier.

In closing, it comes down to the size of each sport. The NFL is much bigger and much easier to get noticed by the media when you’re a star player. In the NHL it is a much smaller sport in the US and the players are much lesser-known. So they don’t have the brand strength certain NFL players do. If the leagues had the same mentality and size I’d predict this difference is not as big at all but since the mentalities are so wildly different the difference is as large as it is. As both seasons for each league are in full swing there have yet to be any major outbreaks so let’s all hope for the best and for our entertainment and the players’ health that we can finish these seasons smoothly.