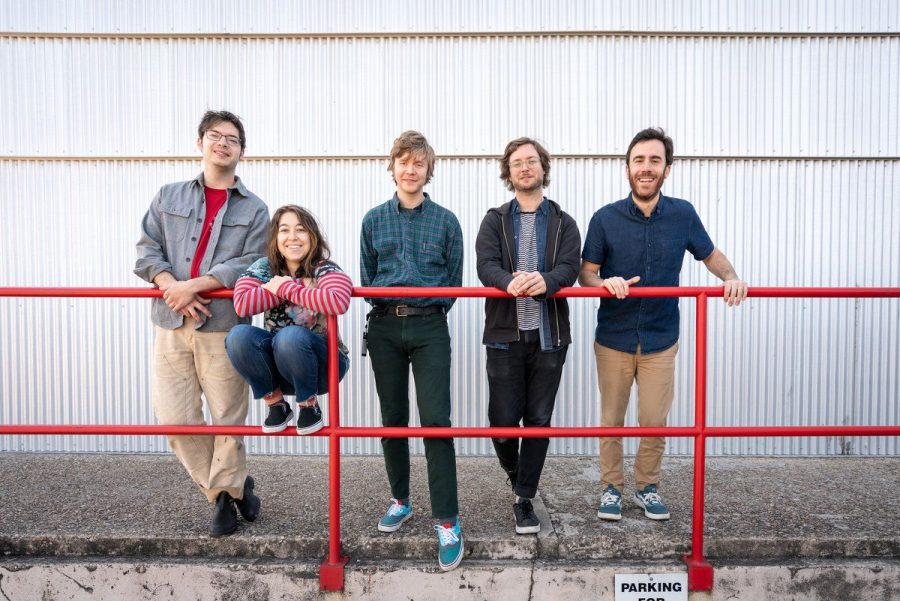 Pinegrove, a New Jersey-based band, is taking its alternative/indie stylings back out on the road with a sense of urgency.

They are currently in the midst of their 18 date tour of the Midwest and Northeast, including a stop right here in Buffalo at the Town Ballroom on Wednesday.

Following the release of their “Amperland, NY” film and soundtrack earlier this year, they are making waves with of their latest single, “Orange,” which was released in August.

The song describes the band’s reaction to the 2020 wildfires in the Northwest.

“‘Orange,’ a waltz about the climate crisis, was written on the day in 2020 that the photos of Oregon’s eerie, bloodshot sky circulated the internet,” said Evan Stephens Hall, the band’s lead singer and guitarist. “The song tries to balance outrage at those preventing progress politicians elected in good faith to protect us who instead believe themselves celebrities with the ethereal, almost dissociative feeling of being alive at the end of history.”

“Orange” puts the raw emotional aspects of Pinegrove’s sound on full display in the vocal and lyrics, accompanied by the mellow but haunting chords of the acoustic guitar.

While Stephens Hall says that Pinegrove is not trying to persuade anybody’s opinion on climate change, he stresses that these issues are important to address and acknowledges the platform he and his peers have is consequential.

“It’s essential for people with a microphone to start shouting, and in whatever way we can to affirm community, to step in and help one another cope in the absence of our government, and take seriously the need to organize for a better world,” he said.

Pinegrove will take their emotional energy and message right to the Town Ballroom stage. The show starts at 7 p.m.

Tickets are still available and are $24 each. Proof of vaccination is required upon entry into the venue.