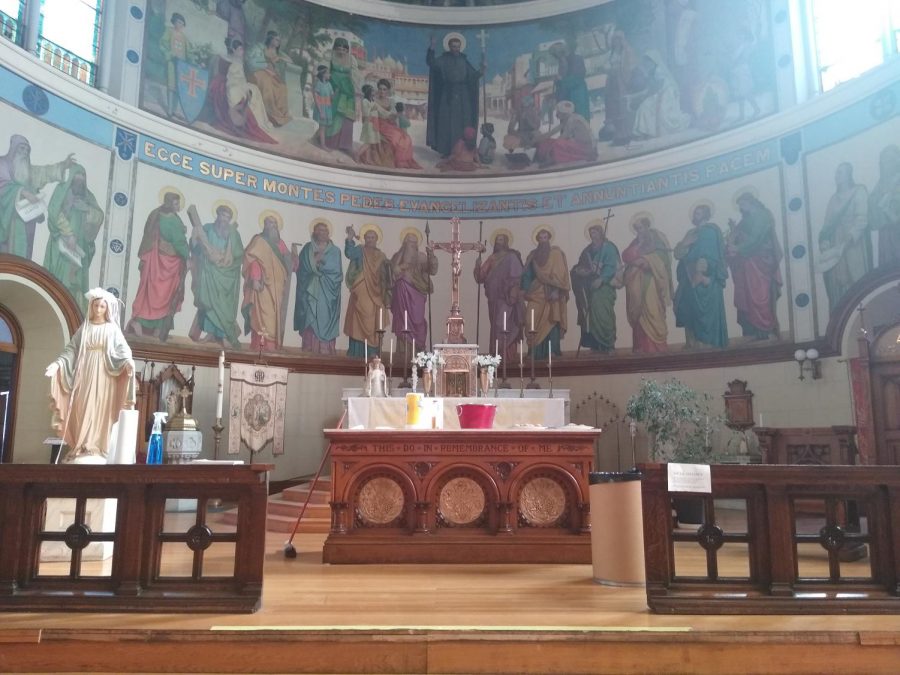 Participating in Bengals Dare to Care Day as a site coordinator in post-remote-learning was a spiritual experience.

To be honest, I was a bit nervous to take on the task because I never experienced participating in this event in person, and to jump right in and lead a team initially seemed like a lot to take on, but in the end, it was all worth it.

When I got the email with the list of our assigned locations and contacts of other site coordinators, I was absolutely relieved to find out that I’d be partnered with another site coordinator, Layla Dubose, a childhood education major with a concentration in liberal arts. Dubose was thrilled to have the opportunity to be a site coordinator because she participated in Bengals Dare To Care Day when she was a freshman.

“It felt good knowing that I was cleaning the community and that so many people wanted to improve the community just like I did,” Dubose said.

Dubose and I were assigned to volunteer at the Buffalo Religious Arts Center, and although I would be content to volunteer anywhere, my volunteer experience wiping down the wood and glass cases containing historical religious items was an unforgettable experience.

When we first took the school bus to the former St. Francis Xavier Church built in 1911, we walked up the steps and tried opening the wooden doors to find it was locked.

Thankfully, Mary Holland, the president of Buffalo Religious Arts Center, greeted us and led us inside.

When we first walked through the set of doors, every one of our group members was awestruck by the beautiful vintage artwork.

Holland and other volunteers transformed the former church into The Buffalo Religious Arts Center in 2008 in response to the closure of just over 70 churches in the Buffalo area a year prior.

She felt a need to preserve the original structure because it’s “architecturally significant.”

“There’s a lot of artwork here that couldn’t be re-produced,” Holland said.

The stained glass windows from Munich Germany made in 1912, for example, were made with special kinds of ingredients to get specific colors such as cobalt to get the deep blue and gold to get the dark ruby red.

“The thing about this building that’s so important is that it’s formed by, made by and the artwork is made by, the immigrants that came over from Europe between the 1890s and 1940s.”

Art brings people together and when the immigrants from various countries including Italy, Germany and Hungary came to the U.S., they brought their ideas and art techniques.

Holland also pointed out how some of the statues began chipping, and although it would be nice to have it refurbished, it would take away from its originality and natural form.

Joseph Varga, a leading church painter and decorator, came to Buffalo in 1908, according to the Burchfield Penney Art Center website. He beautified many churches throughout the area including St. John’s Lutheran Church, United Bethlehem and the Buffalo Religious Arts Center.

Although keeping art’s natural beauty and form is important, some repairs are necessary.

“The ceiling, which is so important to us, is weeping very badly,” Holland said. “This is the first year that we’ve had major leaks. We’ve applied for a New York State grant, and we certainly hope that we can get it.”

Toward the end of this unforgettable volunteer experience, all the members in my group had the opportunity to reflect, which is a crucial part of the Bengals Dare To Care Day.

“It gave me an opportunity to connect with fellow students and the Buffalo community in a way which I’ll definitely look back upon positively. We had discussions about our personal backgrounds with religion, admired the artwork and historical artifacts together, and got to learn about the Religious Arts Center firsthand,” said Speaker. “It taught me the rich religious history of Buffalo, and the value that art can carry to people of all faiths and backgrounds.”

To learn more about how you can help preserve Buffalo’s religious artistic heritage, please visit their website at buffaloreligiousarts.org.

This article is also featured on typeawaycait.blogspot.com!