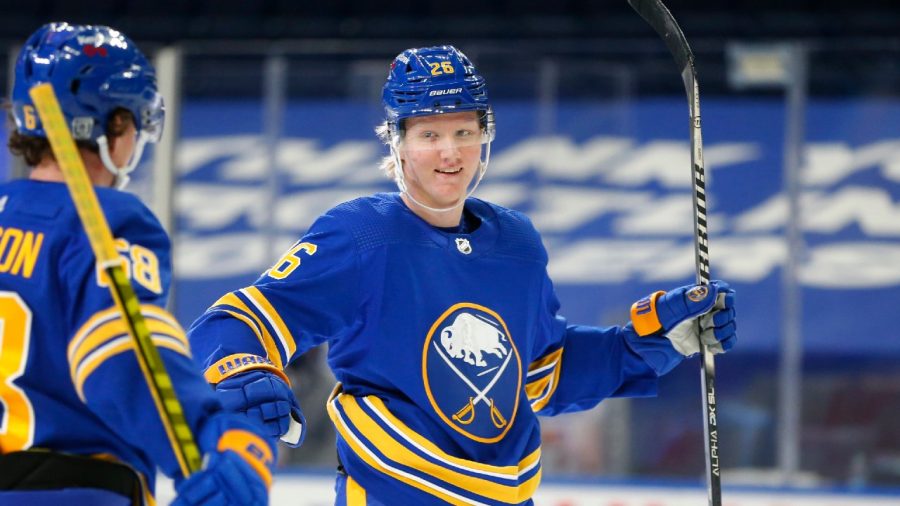 The Sabres officially lock up Rasmus Dahlin to a contract extension worth 18 million dollars.
The team Wednesday morning announced that he has been extended to the tune of a 3 year 6 million dollar deal.
This is a very reasonable contract for Dahlin as he hasn’t been super spectacular to the point where he should have gotten an 8 year by 9 million dollar deal.
This will be a good bridge deal to see when he finally has some stability what he can put up and hopefully cash in at the end of these three years.
Dahlin was the former first overall pick and has put up 18 goals and 89 assists for 107 points in 197 games for the sabres. Dahlin still has a lot of potential and a lot to prove. Let’s hope he proves he was worth the pick within these next few years.