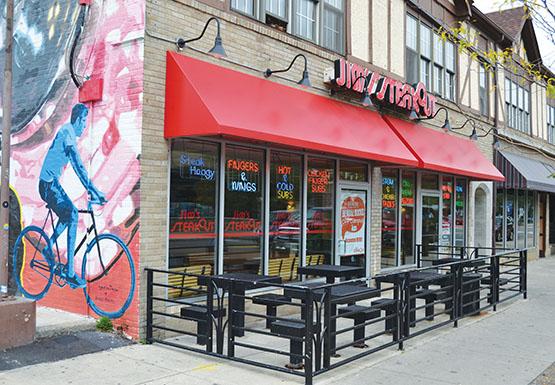 Jim's Steakout on Elmwood Avenue was robbed Friday after 2 a.m.

A popular late-night snack venue for Buffalo State students was the site of an armed robbery in the Elmwood Village over the weekend.

A man in a ski mask entered Jim’s Steakout at 938 Elmwood Ave. shortly after 2 a.m. on Friday with a long-barreled revolver and requested cash, according to reports. The suspect then fled the restaurant with $500.

Authorities in New York City are digging deeper into a case involving a former Buffalo State student accused of beating a transgender woman to death on a Harlem street in August.

Paris Wilson, 20, was arrested Aug. 17 for allegedly beating Islan Nettles, a 21-year-old transgender woman, unconscious while he and his friends uttered homophobic slurs after learning of her sexual orientation.

Nettles died in the hospital five days later from injuries sustained in the attack and Wilson posted $2,000 bail.

Wilson, who has been charged with aggravated assault, made his first appearance in court on Oct. 4 when prosecutors requested additional time to review the case, according to multiple reports.

The reason for the delay, prosecutors said, is because another man came forward after the arrest and claimed responsibility for the crime.

“Two different people have been positively identified as the attacker,” a source close to the investigation told the New York Daily News.

Both Wilson and the second suspect are said to be similar in appearance, according to reports.

Wilson’s attorney claims his client was misidentified by witnesses, according to the Daily News, after all parties involved had completed a night of drinking at the time of the attack.

The Manhattan District Attorney’s office has been unable to present the case before a grand jury, or charge someone else with Nettles’ death, because it is searching for more witnesses to come forward.

The case was adjourned until Nov. 14.

Wilson was enrolled at SUNY Buffalo State last spring. College officials said Wilson is no longer a student here, though his name remains in the searchable student database at buffalostate.edu.