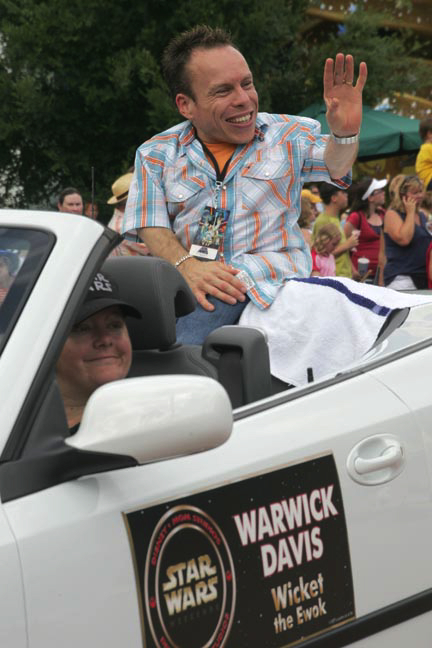 Actor Warwick Davis, who played the role of Lubdan.

St. Patrick’s Day is normally a great day to head out and have some fun, but as most gatherings are limited or cancelled this year, you may want an appropriate movie to watch.

“Leprechaun” is one such movie. It is not a masterpiece by any means, however it one of the more entertaining horror comedies.

Starring Warwick Davis as a murderous leprechaun searching for his gold and a young Jennifer Aniston trying to escape his path, the movie’s acting is not particularly bad, considering the other movies that fall in the same vein as it.

Aniston’s character Tory is a city girl who is brought out to rural North Dakota to live with her father. The house they are staying in is a decrepit old farm with a strange past.

The bulk of the cast is met when they hire a small handyman company help fix up the house. The group includes the stereotypical hunk, Nathan, Alex, who is the Dennis the menace type child, and a man who is implied to be mentally handicapped, Ozzie.

The characters are actually surprisingly enjoyable. Each one breaks out of their set tropes enough to keep things fresh.

Tory does keep to her uptight personality but is quick to adapt to the changing situation.

Nathan isn’t just a muscle-bound idiot; he is considerate of those he is around when things are serious, and he is easily the most reliable character.

While Ozzie may have the mind and interests of a child, he serves as the main comedic relief but is also capable of holding important conversations when needed.

Alex is a little less complex as he never really grows throughout the movie.

The leprechaun himself is a very interesting villain as his powers are effective, inconsistent and hilarious. The leprechaun is show to teleport when he needs to travel long distances, however he also takes a plethora of goofy vehicles such as a tricycle, power wheels, and even a police car.

His physical strength is also very inconsistent, as he can rip the door off a car but struggles to fight a literal child. In addition to this he spews nursery rhymes that hardly fit the situation.

The limited gore does a great job for the budget and makes it more impactful when you see it.

All in all, the movie is a fun watch even if it has some plot holes and bad special effects, and it may be worth watching drunk instead of standing in the cold watching a parade like previous St. Patrick’s Days.