Local artist spotlight: Collin Lacki and his sight through sound 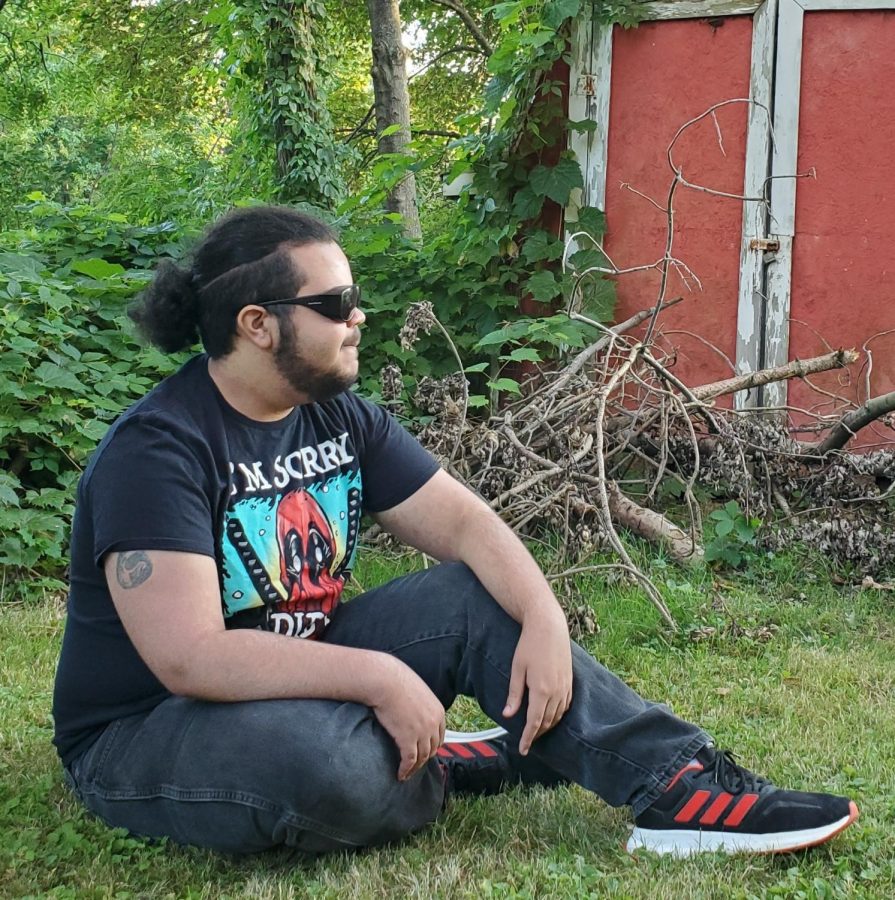 Hailing from Brocton, NY, singer, musician, and songwriter Collin Lacki is no stranger to overcoming obstacles in his life inside and outside of music, and using that as inspiration.

“I wanted to write songs people could relate to and use as a crutch if they feel down like I was,” said Lacki.

Losing his vision at a young age, Lacki turned to music as his crutch to get back on his feet again after being knocked down. However, this wasn’t his only obstacle.

That first obstacle occurred when doctors found cataracts forming on both of Lacki’s eyes at the age of three and he was subsequently diagnosed with uveitis; a condition described by the Mayo Clinic as a type of eye inflammation that occurs in the middle layer of tissue in the eye wall that can lead to vision loss.

Right before Lacki turned five-years-old, he had his first of 12 eye surgeries. His already impaired version took a turn for the worst at the age of 14 when he did not regain sight in his right eye following one of his surgeries, leaving him only with sight in his weaker left eye.

“I had a lot of pent up anger and a lot of feelings from that happening,” said Lacki. “At the time when I did lose my vision, music was a big crutch for me.”

Lacki always had an interest in music as he first started learning how to play the organ from his grandfather at eight-years-old and he subsequently taught himself piano in the following years.

When he discovered his childhood friends were forming a band, Lacki took it upon himself to do whatever it took to join the band and give himself an outlet for his emotions.

“I started writing songs for them and found that to be a really good outlet to get those feelings out,” said Lacki.

The band “Through the Storm” was a metalcore 3-piece who were inspired by artists such as Three Days Grace and Breaking Benjamin. Along with being the band’s singer and songwriter, Lacki took it upon himself to be the bassist.

Despite well received live shows and recording original material for an EP, another obstacle occurred when the drummer abruptly quit the group in 2018.

“I was really confident that we could find another drummer, because I really thought we had a good thing going,” Lacki recalled. “We had some good momentum.”

Through the Storm would ultimately disband, leaving Lacki with a familiar feeling of uncertainty for his future.

While music was still going to be Lacki’s path, he felt it was time for a new approach and go back to his musical roots.

“We would go play a show and I would be screaming my head off,” Lacki said. “But then I could easily go back home and put on a Beatles record.

“The classic rock roots never really left even while I was writing these heavier songs.”

Unsure of how to approach this new material, Lacki left the Fredonia, NY area and his hometown of Brocton, NY to major in music at Niagara County Community College.

It was during this time Lacki figured out his new approach to the very things that drove him since his early teens.

“I was just tired of sitting around and waiting for another band,” Lacki stressed. “So I just took it into my own hands and stuck with what I knew and grew up with.”

The stylings of Billy Joel and Paul McCartney that he initially fell in love with began to find its way into the music again. Those negative feelings associated with the past began to turn.

“When I started writing my solo music, I wanted to change that,” Lacki said. “I’ve used my music to portray myself.”

Lacki’s newest single, “Dancing in the Stars”, which he has described as “a space love story” shows the furthering of his songwriting and pop sensibility.

“My music is rooted in classic rock and I try to stick to those roots while also putting a modern, contemporary pop influence on it,” he said when describing his solo material.

He also hopes this new approach can be relatable and help him connect with a steadily growing audience.

“I could finally start using music as an outlet again to connect and show people what I was about,” said Lacki.

In addition to being released on all streaming platforms on Feb. 12, 2021, the song also received airplay on 91.3 FM WBNY in Buffalo, NY.

Lacki is currently in the studio working on a new EP intended for release in the summer of 2021. The relief of recording his solo material has greatly shifted his perspective about his life and overcoming his obstacles.

“I felt like a whole new person,” Lacki said. “The world’s not over for me just because something happened to me like that.”