COVID-19 Changes How the Media Reports 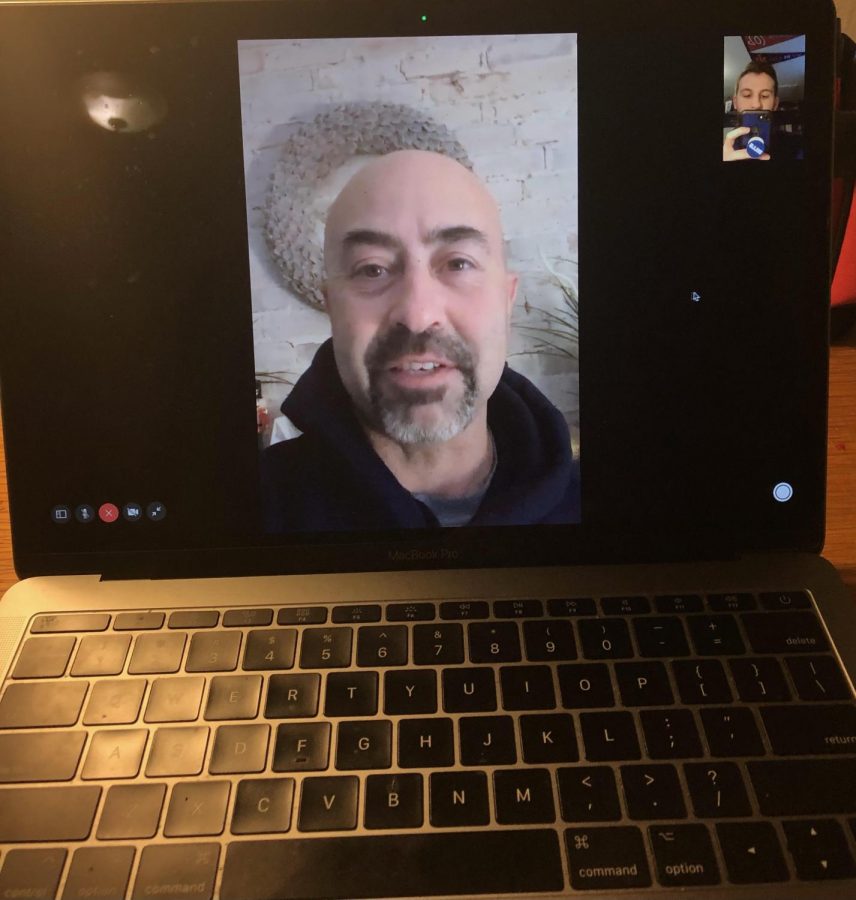 COVID-19 has affected millions. Among those losing their jobs, along with new protocols and guidelines being placed. One of which is those employed in the media.

Having to adjust to new protocols because of the pandemic was something that changed very quickly for members of the media in Buffalo. For not only professional broadcasters, but also for students at SUNY Buffalo State who are reporters for the school newspaper and other types of media at the school.

“Around March and April a companywide email was sent stating, ‘If you can work from home, you’re going to be doing so’” said Jay Skurski of the Buffalo News.

When COVID began things also changed for The Record. Classes were moved to online and students attended school from home. Prohibiting reporters from attending events and receiving hands on experience in the field.

“Around Saint Patrick’s Day we were going to celebrate Patrick Hammer’s birthday… we wanted to have a big party and have a birthday cake for him. We got word that week that we were not allowed to have shared food in the newsroom.” Said WGRZ Channel 2 Melissa Holmes.
Sal Capaccio the Buffalo Bills reporter for WGR550, expected the change due to the sports around the world postponing their seasons.
Not much has changed for Skurski. As a reporter, he is writing articles from home or down at Bills Stadium in Orchard Park attending practice’s when they are outdoors.

The NFL media has not been able to travel along with the team for road games due to the COVID protocols set by the NFL.

For Capaccio, sideline reporting is much different than other years.
When the Bills are on the road this past season, Capaccio reports from the press box on a monitor. While the Bills play at home, he is pushed from the sidelines into the stands where he observes from a far, taking away that interaction he had received in the previous years.
Press Conferences with coaches and players have been shifted to run via Zoom. Although, there is some positive incentives to this shift.
“We’re not all shouting over each other trying to get a question in. We all have to raise our hand on Zoom… on Zoom there’s a PR person who basically says this person has their hand up and they unmute, and that person goes, and there is a chat box that says, ‘Sal is next, Josh (Reed) is next.’ One good thing is everyone gets to hear every question and answer.” Capaccio said.

Not only has it been different for members of the media in radio and newspapers. The employees who broadcast on television have more noticeably changed in the new COVID-19 protocols.
Such as, having very few people in the station and producing stories from home.
Melissa Holmes, the morning show anchor, for WGRZ told us she is the only one in the newsroom.
Technical difficulties such as communication errors occur. This is where the other anchors have a lag. It brings them a behind leaving an awkward moments of silence between cuts before the next reporter stats speaking.

“The producers had to change the way they laid out the show… they would have me read four (stories) in a row and have Pete (Gallivan) do four in a row so that there wasn’t the delay and the waiting between each of us.” Holmes said.

Even interviews are different with these new protocols.

“All our interviews are done via Zoom or FaceTime.” Holmes said.
There is rare times when there is in person interviews. When the interviews are conducted in person, the reporters tend to put the microphone on a broom stick to make sure they are socially distant from the person they are interviewing. They can’t even have clip mics for the people they interview now.

Holmes has a weekly story called “Good Neighbors,” finding people in Buffalo who represent the city’s nickname as the “city of good neighbors.” She explains, the pandemic has enhanced her series.
“In these times of crisis, we see good neighbors everywhere in Buffalo.” Holmes said.
She went on to explain, the fact that people don’t have to worry about talking into a TV camera makes people feel a lot less nervous.
Although there are some conflicts. Such as not having a soundproof room to record voice overs.
“For others who have to work remotely, they will record their audio in a microphone into their camera and put a blanket over their head,” Holmes explained.
Accommodations have been made due to this issue.

A truck is placed outside the studio that allows those who need it to record and edit their videos. This limits extra people in the studio to prevent the virus from spreading.
With all of the difficult protocols facing the media in Buffalo, there is also difficulties for school run media.
Natalie Maloy, a sophomore at Buffalo State, as well as President of The Record is adjusting to being the president with truly little training.
The Record at Buffalo State has been a lot different with new meetings styles. Also, with the pandemic, there has been a rise of new students wanting to join The Record.
Rather than Students meeting with members after classes.

“People would ask ‘Hey Natalie can you help me with this article?’ Now when they need help I have to schedule a whole FaceTime call… over the phone to edit an article is so hard.” Maloy said.

Over the past year, Maloy has had a lot of help from former Record President, Francis Boeck.

“At the beginning of COVID he had handed me over the book each president gets and said that they can text him for questions.” Maloy said.

All of the people being separated for all types of media and trying to make sure that everyone is on the same page, communication has been more difficult.
For Buffalo State the Spring 2021 semester is going to be online once again which can mean more of the same for The Record. More of the same can be said for Channel 2, WGR550 and news stations across the world.