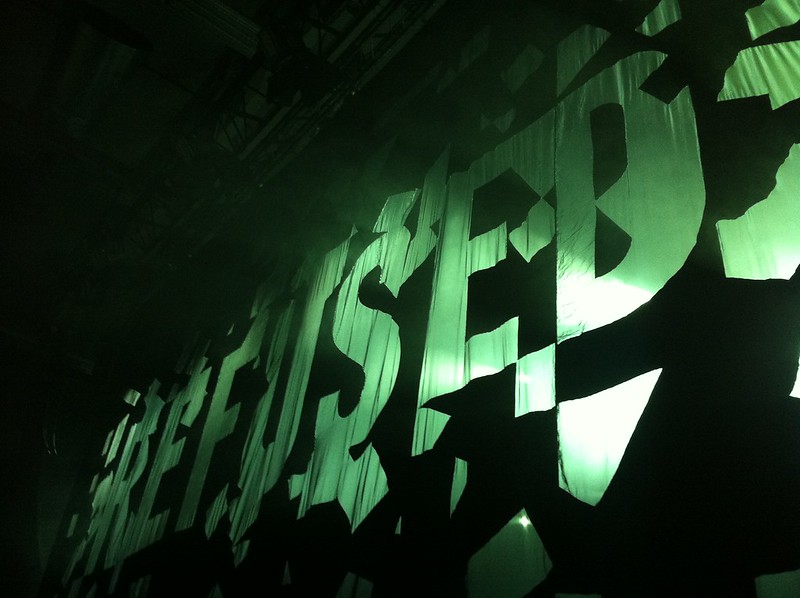 The game Cyberpunk 2077 is finally being released Dec 10th, and with it the return of the band, Refused.

The Swedish punk band has adopted the name Samurai for their in-game appearance. They have been releasing music through out the year under their new name.

The first song that they released was titled “Chippin’ In”. The song is a great example of the band’s understanding of the world they are being placed into. Although the world of Cyberpunk has advance technology that can make life easier for many, but the song explains how the technology can be used to rebel against the authority that has taken hold.

“Never Fade Away” is a small change up from what the band normally does. The song has many “clean” parts followed by vocalist, Dennis Lyxzen’s patented screams that still emit the rebellious feelings that band had when “New Noise” was released. The overall theme of the song is a passion that will persist even after death.

“The Ballad of the Buck Ravers” has a slow start that ramps up as the song progresses. The song screams revolution and revenge. The chorus is punchy and invokes the listener to revolt against their oppressor.

The band hasn’t lost their edge when written music to break down the establishment, and this song is a perfect example.

The next song “Like a Supreme” is seemly written from the perspective of both rebels and the oppressors that are talked about in previous songs. The song bounces back and forth between telling the listener how they are being taken advantage of and how they should stop it.

Lines like, “Adjust the language to what they believe,” is clearly the media and authority talking. While lines like, “Savage the new machine,” encourages you to tear down those in power.

The last song that was released is named “Black Dog”. It is about a chase between 2 parties; however, it is unclear who is the hunter and who is the prey. The chase has no end, and the narrator has seemly forgot which role he plays in the chase, but he knows he can’t end it.

For me, the year is being closed out by one of my favorite punk albums. Regardless of how fictional the band is, it is exciting to listen to a band that I haven’t listened to in years.

The band has taken the dystopia streets of Cyberpunk 2077 and made music that can be listened to whether you have interest in the game or not.