The Lost Expedition: Part one 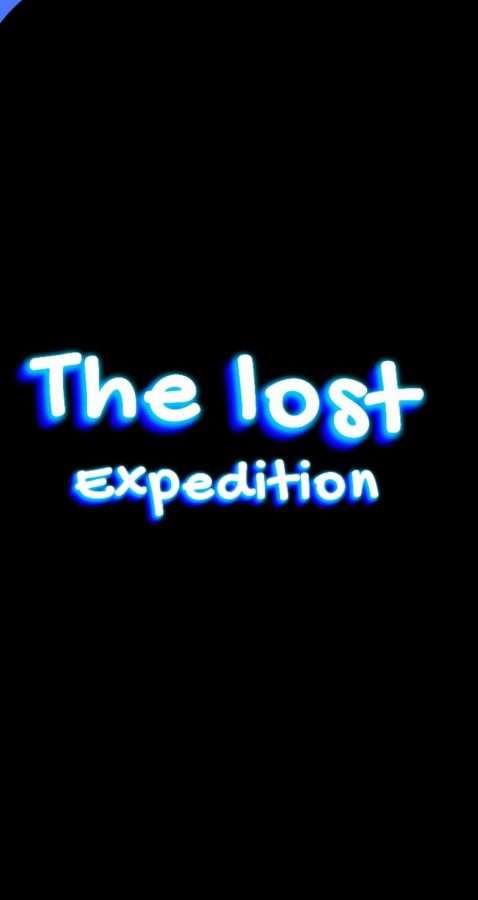 It’s been two hours since I’ve last looked at the clock hanging next to the window when father left. Mama’s standing in front of the window watching the storm outside. It’s still going strong — the rain drops seem to be getting larger as the sound of them hitting our roof grows. The winds are picking up, shaking our cottage. The thunder rumbles once again and mama slowly opens the torn navy curtain with her trembling hand. A strike of lightning hits and mama jumps back holding her chest.

“My goodness,” she said, “this storm is just awful, do you think your father’s okay out there by himself?”

“Mama, father is just fine by himself. He knows how to handle this kind of weather, he’s had the same job since he was young.”

“I know you do Mama.” My voice trails off. I pick my head up from staring at my feet and continue. “Mama, can I ask you something?”

“Do you worry about Felix?”

She turns around slowly, her hands moving to rest on her skirt as she walks across the kitchen and sits across from me. The kitchen is the second biggest room in our cottage, the first being the living quarters. A fireplace sits in the center of the main wall. There hangs a rounded bottom black cauldron that holds the stew mama has been working on. Below the cauldron lays soot, ash, and burning logs. The smell that brews from the fireplace fills the house and makes it feel like home. There’s a table that sits in the center of the room that’s just big enough to fit the family. It’s nothing fancy but we try our best with what we have.

“Yes, of course I worry about Felix,” said Mama as her hands made her way from her skirt to rest gently on top of mine. “But you guys are eighteen now honey, we have to be able to trust that Felix knows what he’s doing.”

“I know Mama but I have a bad feeling.”

“What kind of bad feeling honey?”

We are the Harvey’s. There’s my mama, Violet Ida Harvey, my father, Percival Ebenezer Harvey, my brother, Felix Percival Harvey, our little brother, Cedric Malcom Harvey, and me, Amelia May Harvey. It’s a tradition in the family that the first born boy takes their father’s first name as their middle name, which explains why my father has been tormented with the name he has been given. Our parents didn’t get together in the traditional way. Mama loves their story and would tell it to me when I asked for a bedtime story when I was younger. Mama was betrothed to a William James who was a member of the middle class. Mama was in the working class and was stunning. Her eyes shimmered in the sun, her smile would make anyone smile on their worst day. William was not thought to be able to marry an upper class maiden so his parents worked a deal with mama. A life of money and luxury in return for mama’s hand in marriage and a promise of grandbabies. They hoped that with mama’s looks, a granddaughter would be able to marry her way into the upper class raising their families status.

One day mama was working. She has been a carpet cleaner since she was able to properly clean a carpet. The job ran in the family for the girls and mama enjoyed it — I don’t agree with her but that’s besides the point. One day a street cleaner came along and spewed horse poo all over mama’s newly cleaned carpet. Mama got so mad, it took all day to clean just one carpet correctly and at this point it was already dusk. Mama — being raised to be respectful to everyone — very politely started cleaning the rug once again. It was at this time she was interrupted by a hand pulling the rug to the side (the rugs have to be hanged in order to be properly cleaned). When mama looked up she was instantly in awe. There, in front of her, stood a tall man with a chiseled face covered in mud and dirt. His eyes peered through the blackness, reflecting beautifully against the sunset. That was the first time mama and father met and they fell in love instantly.

Grandma didn’t approve. She wanted the life the James family offered them. Time after time she tried to get mama to see the mistake she was making. Mama got tired of grandma and, after working hard, her and father used their savings to run away together. They got married and soon after had Felix and I.

Felix is my twin brother. We’ve been inseparable since birth and he is the most important person in my life. We value family so much — especially since mama had to leave hers — and I couldn’t have asked for a better family than the one I’ve been given.

I looked mama in the eyes and saw her anticipation. “I can’t put it into words.” I said. “I have a bad feeling.” There was a moment of silence that followed. I can see mama thinking but I’m not sure what about. She’s worried.

“Remember when Felix and I were younger? I was in my room playing with the doll dad made for me one second and the next I was at your feet crying and you couldn’t figure out why?”

“That was the same day we couldn’t find Felix. We ended up finding him trapped under a tree that had fallen in the woods.”

Mama could feel me tense up and softened her voice.

“Yes, you lead us to him. To this day we still don’t know how you did so.”

“I had this same feeling then, the feeling I can’t describe.” I pull my head up and meet mama’s eyes to see tears forming. I swallow my nerves telling myself that Felix is more important than protecting mama right now.

“I think Felix is in trouble,” I said. “Trouble like stuck-under-a-tree trouble. Mama, I’m scared.”

Mama pulls me close holding my head to her chest while we both try not to cry.

“Is everything okay?” The voice took mama and I by surprise. We look to see Cedric standing in the way between the kitchen and living quarters, his hand resting on the wall.

“Yes honey, everything is fine. Don’t you worry. Is there something you need?” asks mama.

“I was just wondering when the food will be done, I’m hungry.” He says walking to the sink.

“It should be done soon, okay? Go back to your room and play.”

“Okay mama.” Cedric says. He finishes what he was doing at the sink, gives us both a drink and turns around to head back to his room.

“Thank you Cedric,” Mama says. It’s now been another two hours since I’ve looked at the clock.

“Mama, there’s something I have to tell you.”

“What is it Amelia?”

“What is it?” asked mama

Mama pushed me away, stood up and walked to the window one hand on her hip the other on her forehead. I knew I shouldn’t have said anything she’s going to think I’m insane.

“I didn’t say you were Amelia.”

“I know you mama. I know how you move in certain situations. Something is wrong with Felix, you have to believe me! I saw him!”

“Enough! You cannot go around saying these things, do you want to be taken away?”

“Save Felix? What do you mean save Felix?”

“Have you not been listening to me mama? He is in danger.”

“What kind of danger?”