Are band t-shirts the newest trend? 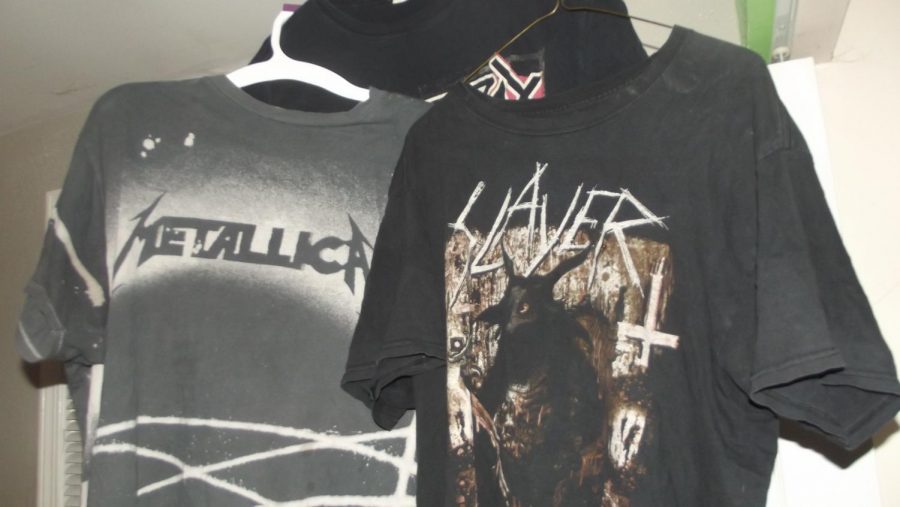 In recent years there has been a trend in celebrities wearing merchandise of metal and rock bands. With the pandemic keeping most people in their homes, it has been awhile since I’ve spotted any recent pictures of celebrities out and about wearing a band t-shirt, however the cases in the past have been fairly funny.

A star of Real Housewives appeared on a talk show while wearing a Metallica shirt. A viewer had the chance to call in and decided to ask if the star could name three songs by the band. Needless to say, she could not name a single song.

Additionally, Kylie Jenner was seen wearing a Slayer shirt, which prompted Slayer guitarist, Gary Holt to start wearing and selling a shirt that says “Kill the Kardashians”. Other bands don’t seem to mind as the trend can be seen as free advertising for them.

I don’t hate the Kardashians,” Holt says, “I hate the fact that people are so enamored and just fascinated with the glorious lifestyles of the rich and famous that they would elevate them to this status.”

This trend has led many of their followers to wear similar shirts, proving Holt’s point. This isn’t a huge problem, but it has certainly caused more than a few awkward situations.

Every once in awhile I see someone wearing a t-shirt of a band that I like, and more often than not I can determine whether they actually listen to the band. After all it always nice to find someone who shares the same interest as you, however with the rise of band shirts as a “vintage” fashion it has become strange seeing them in public.

Some of the bands that are commonly used as fashion items are Metallica, Def Leppard, and the probably the most notorious offender Nirvana. Occasionally you will see a more obscure band being worn, which is not an issue, but it’s important to know what you’re wearing.

If someone is going to wear Cannibal Corpse merchandise they should probably know what the band sings about.