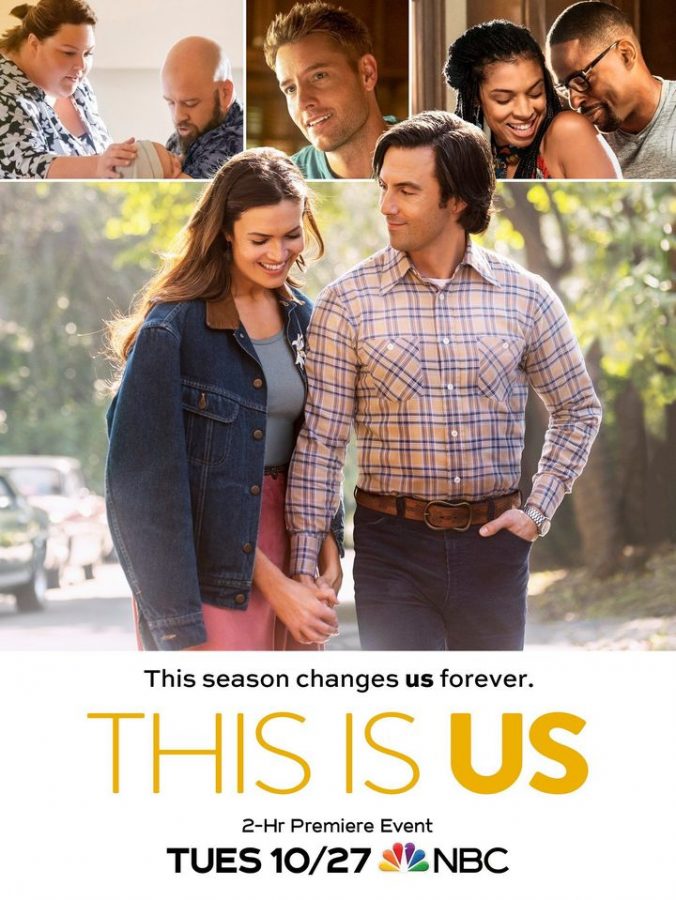 Mark your calendars This Is Us fans because the moment we’ve been anticipating is finally approaching: season 5 premieres on Tuesday, October 27 at 9 p.m. ET on NBC. Here is a recap of key moments from the season 4 finale.

Their argument over what was the best decision for their mother led to some heartless words with Kevin guilting Randall that he should have saved their father in the fire, and Randall responding, “Well, Kev, I guess we’ll never know because you weren’t there…and he died ashamed of you.”

Ouch! Who can forget Kevin’s last word that the worst thing that ever happened to him was when they brought Randall home? Where does the relationship stand?

2.) Madison is pregnant with Kevin’s kids. Yes, PLURAL.
The season 4 finale is titled “Strangers: Part Two” and it was revealed to fans that one of the strangers, the man with a daughter and who has horses, is actually Madison’s OB/GYN.

There was so much emphasis on his character, and the characters who were introduced in episode 1 of season 4, “Strangers,” such as Malik and Cassie, ended up being a part of the story, so most likely audiences will be seeing more of Dr. Mason.

After all, fans were surprised to see Dr. K again when Jack and Rebecca returned on the triplets’ first birthday, so perhaps he’ll be another Dr. K…or a love interest for Madison if the engagement doesn’t work out for Kevin?

Flashing forward to the future, it’s revealed to the audiences that Uncle Nicky and Kevin are both married!

Hold on, fans…can it be assumed that he is married to Madison after all those years? Don’t forget that they showed Sophie cracking up at an advertisement of Kevin. There is still hope for them!

4.) Kate and Toby adopt!
It was revealed to fans that the other stranger was actually Jack’s adopted sister, Hailey. In the future, they still haven’t shown Kate!

Can this adoption save Kate and Toby’s marriage? Does something happen to Kate some time in the future?

5.) Jack and Lucy have a girl.
It was revealed to fans that Hailey was Jack’s sister when she rushed to the hospital to see her niece, Hope.

I want to hear your thoughts and theories, so drop them in the comments below!