Mastodon mixes it up with new album, “Medium Rarities” 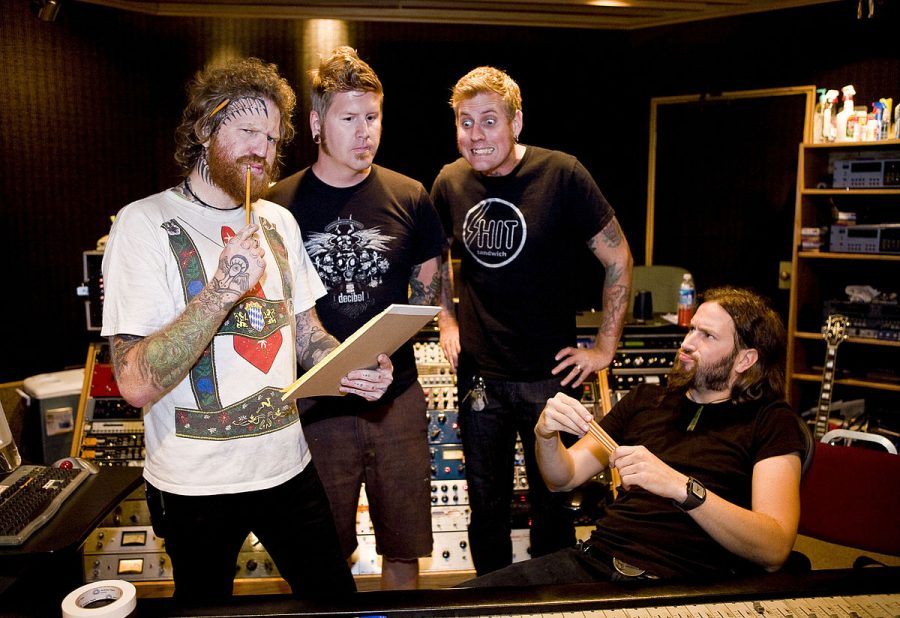 The stoner metal band is no stranger to including covers on their own albums, but their newest album Medium Rarities consist almost entirely of covers.

The first cover on the album is “A Commotion”, a song originally performed by the band Feist. Mastodon was able to pick each piece of the song that benefitted their style and completely flesh out their cover making it truly theirs.

What was once violins and violas is now masterfully converted to heavy guitar riffs. The soft vocals of the original song have been transferred into looming and haunting vocals provided by drummer, Brann Dailor.

The next cover song is “A Spoonful Weighs A Tons”, originally by The Flaming Lips. Mastodon sought to maintain the original’s somber tone while adding their own take on the more intense part of the song.

Once again Dailor’s voice stands tall as the dominant force of the song. Much like the original, Mastodon injects emotion into all three minutes of the song that the listener can feel.

“Atlanta” is a song of pure intensity. It resembles songs off of the early Mastodon albums such as “Crusher Destroyer”. The reason this song meshes so well with the band is mostly due the collaboration with Gibby Hughes, the lead singer in the punk band The Butthole Surfers (yes, they’re a real band). Hughes’ vocals set he pace for a mayhem filled song that confuses but also intrigues.

“Cut You Up with a Linoleum knife” is a song that deserves brief mention as it is a PSA on proper movie theater etiquette. While it is a bit extreme in its methods, the song does preach many legitimate problems with attending a theater. If nothing else the song is a comedic reminder to mute your phone before the movie.

If you are still grieving over the end of Game of Thrones, then perhaps the song “White Walker” may fill that void for at least a few minutes. The track is written much like an old legend passed down through the generations via campfire tales.

The song emanates the aura of the universe it is based in. For fans of rock bands like Led Zeppelin, “White Walker” is for you.

If you have eight minutes to spare, then Mastodon’s cover of “Orion” should fit the bill. The Metallica-made instrumental has aged extremely well, and Mastodon only further show their musically mastery when performing the song.

The song may lack lyrics, but it can take the listener on a cosmic trip that can only experienced through basslines, riffs, and crashing symbols.

This song embodies everything the band is known for. The blistering opening sung by bassist Troy Sanders is only rivaled by Dailor’s echoing follow up. The song encompasses the varying speeds and tones that are present in many other types of metal. It is the perfect example of what the group is capable of, and well worth a listen.

The rest of the album is comprised of live versions or instrumentals of the bands original work. Each are great in their own right, but it seems best to focus on the “Medium Rarities” that haven’t had their time to shine.