Students react to campus closing for the rest of the semester 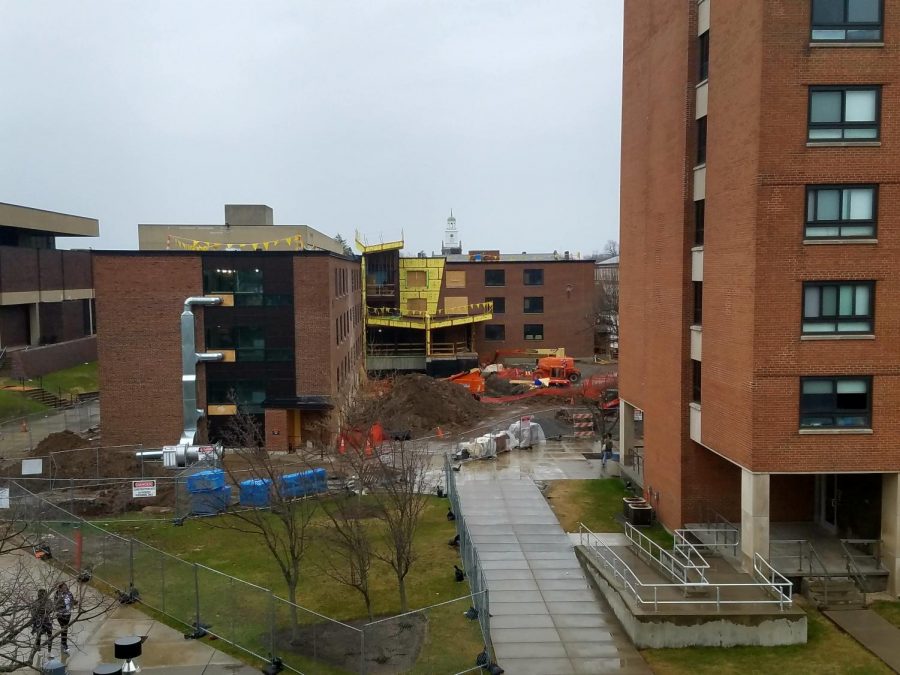 Students at SUNY Buffalo State had a wide range of emotions after Gov. Andrew Cuomo’s announcement Wednesday afternoon that all SUNY and CUNY campuses would be closed next week for the remainder of the semester due to concerns over the coronavirus pandemic.

A few hours later, Buffalo State President Kathrine Conway-Turner sent an email out that spring break was going to be extended to two weeks, running now from March 14-29, and that classes would be online-only starting on March 30.

“It was just so sudden for (the state) to give schools a week in advance to just leave,” said Reanne, a resisdent student living at Bishop Hall. “It was really sudden. But I understand it was all for security.”

As news broke students in dorms like Bishop and Porter Halls were seen panicking and frantically calling parents about just how they were going to get home on short notice.

Reanne says that students’ reactions fell on both sides of the spectrum in Bishop Hall Wednesday afternoon.

“Everyone was either in pure relief or pure sadness,” Raeanne said.

Per Conway-Turner’s email, resident students would not be kicked off-campus, however, “students and families should be aware that services such as dining may be reduced or significantly altered to limit large gatherings in campus spaces.”

Raeanne, like many other students, is concerned about the fact that all of her classes will be completely online.

“I already have two hybrid classes and those are already pretty hard as it is,” she said. “So, having all of my classes online is kind of nerve-racking. It’s so easy to forget an assignment is due and then you end up failing the class. But I feel like as long as if I’m not procrastinating, I’m going to be okay.”

Thursday afternoon state officials announced there were 328 confirmed cases of coronavirus. So far, none are from Erie County and most are in counties downstate.

Still, that’s not stopping some downstate students from going back home.

“I do feel a little concerned but no matter where you go, you’re at risk,” senior Justuana Jorzan says. “People also need to look at the details of the virus. It doesn’t affect everybody as much as people think it does.”

Jorzan, who lives off-campus but is from Brooklyn, has already booked her ticket back home. While she is sad that she and other students are going to miss out on annual campus-wide events, like Caribash, she would rather the State be cautious.

“If you’re on an org and you have events, you work very hard for these events so that kind of sucks,” Jorzan said. “But at the same time, I’d rather be safe than sorry.”

Senior Chanyah Messiah, who is from Queens, was frustrated at the suddenness of the news. She says she will have to pay a $120 fee to reschedule her flight.

“Are we getting a refund for the semester?” Messiah said. “What about the activity fees that we paid for an entire year. What about all of that? I feel like the school should be giving us vouchers and coupons for flights.”

Students grabbing dinner in the Campbell Student Union were feeling much different about the news.

DeeMac Kilgo, Praise Prawl, DeJae Johnson, Nas Jackson, and Obi Ngwu were all participating in the Karaoke Lip Sync Party which took place in the retail area of the Union.

They were treating the moment as sort of a last hoorah for the semester.