Green Day’s “Father of All” is a master of none 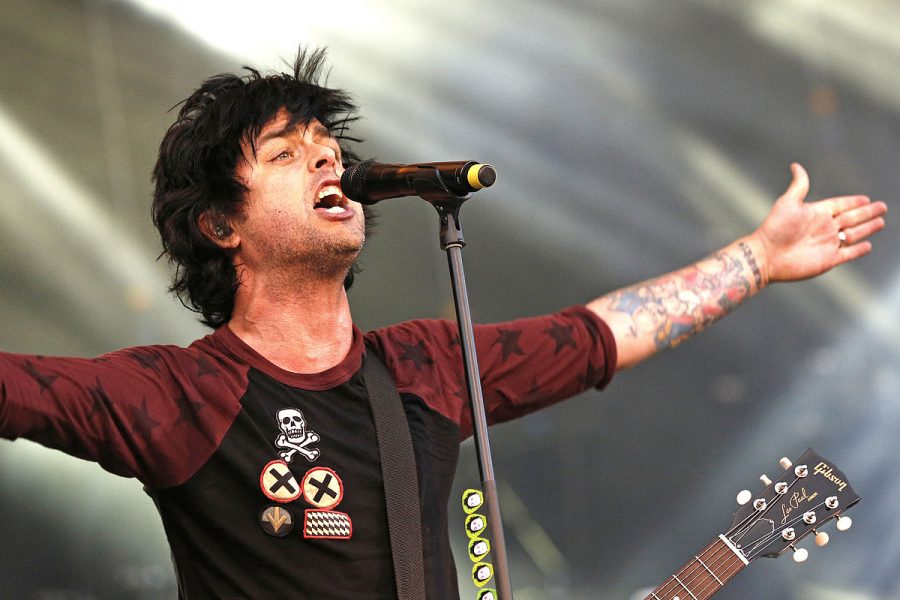 “Father of All” is Green Day’s 13th full length album and is a near masterclass of a train wreck.

It is clear from the marketing that gone are the days of Green Day being a bunch of strung out losers that made pop punk to get stoned to. Instead, they are selling themselves as the second coming of Christ for rock and roll. Green Day proclaims themselves as the saviors of the music industry from trap music and sound cloud rappers with pure revolutionary rock and roll.

I guess you could call the album revolutionary if that means taking musical trends from the past 40 years of rock and putting them together with bland millennial pop trends. The album’s first song and title track, “Father of All” encompasses this perfectly.

Taking lo-fi garage rock sounds from bands like Jet and slapping it together with a dancehall pop beat, it creates something that sounds so completely bland that it becomes almost unrecognizable as music. It is just noise with an occasional stiletto voice breaking through.

This trend continues with the song “Oh Yeah!”, where Green Day decides that making dance hall music combined with glam rock is what is going to save punk rock. With the song composed of meandering pop versus with a chorus that features glorious hand claps and a sample of Joan Jett covering Gary Glitter’s song of the same name. It’s a Frankenstein’s monster of modern musical trends and absolutely none of it works.

The track also features one of the worst opening lines to a song I have ever heard, “I’m in the crowd full of angels and demons’”, which is truly a crime against rock and roll.

This trend of stealing things that have already been done better does not stop with these two tracks. The song “Meet Me on the Roof” features a Beach Boys inspired guitar riff and bridge. While the song “Sugar Youth” just recycles a guitar riff from “Dookie” and slaps reverb all over it, making it sound more like a bad Hole cover than an original creation.

I could go on about each song at this point because Green Day has made no effort to hide who they are lazily stealing from, but that would be putting in more effort than Green Day put into this album.

This album makes it perfectly clear that Green Day just doesn’t care anymore. They have become the exact sellouts they once mocked and they are going to beat this horse until it has been ground into dust. I don’t think a single song on this album was a genuine attempt at artistic expression.

This is just bland noise that says nothing and means nothing, because to Green Day the process of making music clearly no longer means anything to them.