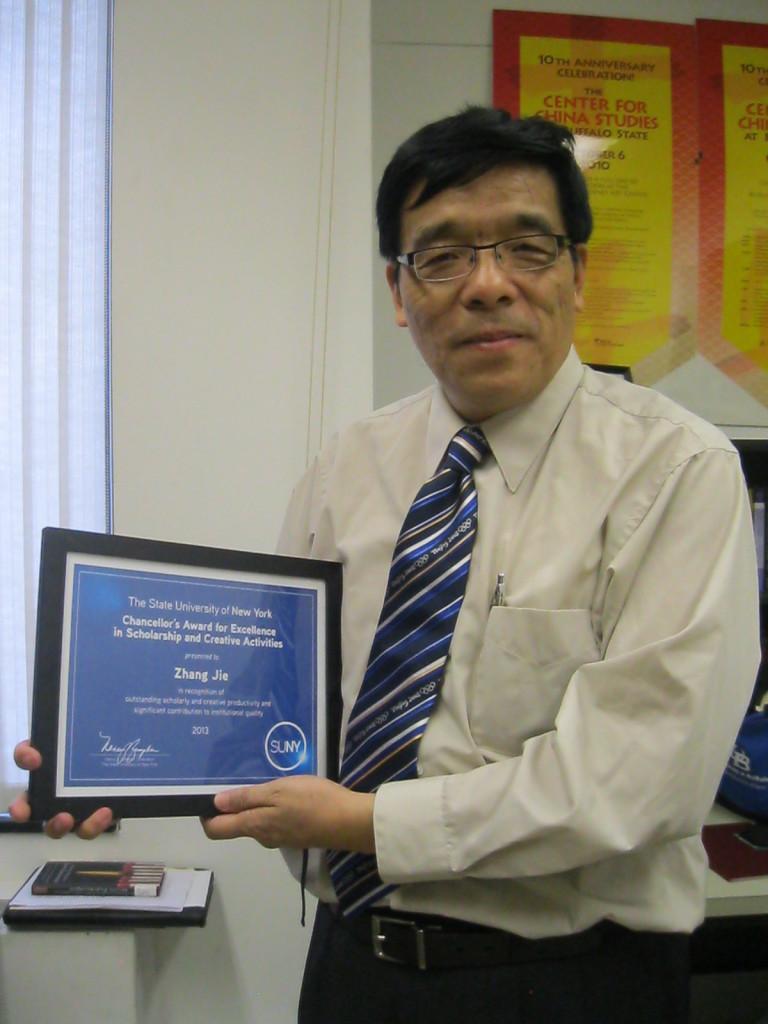 A ceremony that honored faculty and staff members of SUNY Buffalo State was held Thursday in the Rockwell Hall auditorium.

The event recognized professors who go above and beyond the textbook and slideshow method of teaching and who do a lot of research in their field.

A total of five SUNY Chancellor’s awards were given along with eight President’s awards. Amongst the list are professors, chairs and secretaries in various departments. Ponton said that having the ceremony is a good way to formally recognize the members of Buffalo State.

“When you get to the ceremony, the people are greatly excited for being recognized,” Ponton said.

Professor of psychology Dwight Hennessy attended the event to receive his recognition. He has been instructing at Buffalo State for 13 years. Hennessy was nominated by his department and received an award for excellence in teaching.

Hennessey uses less traditional teaching methods and has been a mentor in psychology-related clubs.

“I’m honored to win it, it is part of what we do,” Hennessy said.

Hennessy said he likes to get students involved in things outside of classroom teaching. He involves students in research projects and brings them to conferences.

“I think of this as a great honor and I think Buffalo State recognizes good scholars,” professor Jie Zhang, professor of sociology, said.

Zhang received a SUNY Chancellor’s Award for Excellence in Scholarship and Creative Activities. He has received two Chancellor’s awards and two President’s awards in his 17 years at Buffalo State. He believes that he engages his students in learning and research.

“The ceremony was wonderful and attended by a lot of people,” Zhang said.

A full list of the faculty and staff who received awards can be found on the Buffalo State website.