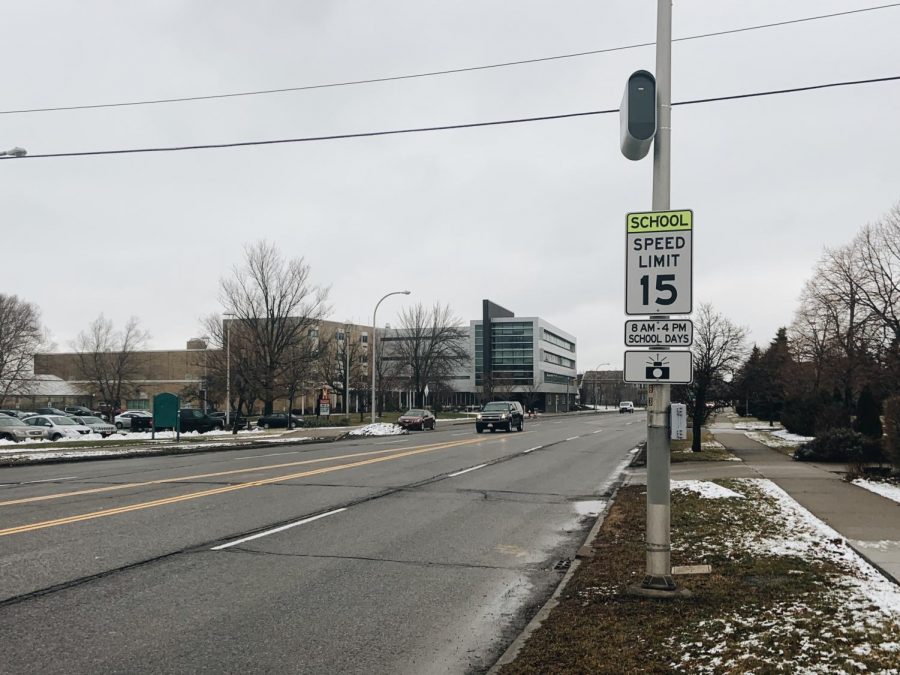 If you drive down Elmwood Avenue to get to and from school, then you need to watch your speed or be prepared to pay for it.

Earlier this month, the 20 cameras were placed in school zones throughout the City of Buffalo.

One camera was placed in front of McKinley High School. It’s on Elmwood Avenue just the other side of the Route 198 overpass just north of the SUNY Buffalo State campus.

According to WIVB, the city says the cameras are live and taking photos currently — but they are only issuing warnings for now.

There is a one month grace period ending on Feb. 6, when these warnings turn into a $50 fine. Tickets will be issued if a driver is found going 11 mph over the speed limit, that would be 26 mph. Although drivers should be warned a police officer can issue you a ticket for going one mph over the limit as well. The pictures will be taken from behind the vehicle therefore not showing the driver’s face. Whoever owns the vehicle will then be sent a citation in the mail.

With or without the cameras, drivers should always practice safe driving and slow down in school zones.