Counterparts performs in their second home 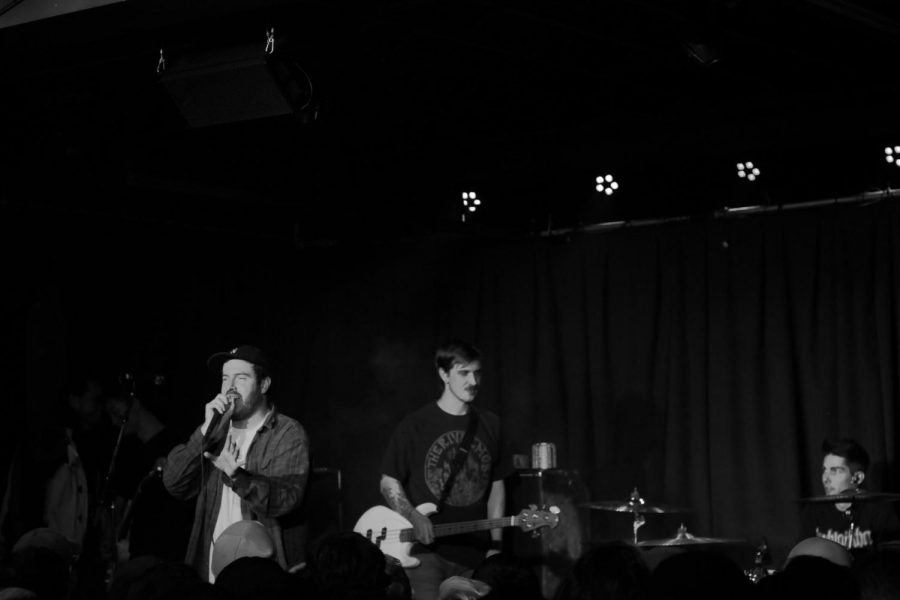 This passing weekend marked the end of Counterparts headlining tour, The Private Room 2.0, in support of their latest release, “Nothing Left To Love.”

The last time Counterparts were in town, September of last year, it was the first run of The Private Room tour, which also marked the opening of Buffalo’s newest venue, Rec Room, located on Chippewa.
Since then, a lot has changed at the Rec Room. They got their liquor license, two dart boards, a Pop-A-Shot like arcade game, and an outdoor patio-which make for great Instagram posts.

This sounds like the ideal nightclub, but with no barricade, a full kitchen, and no rules against stage diving (depending on the act playing) it is the perfect spot for any band to play a show.

On November 17, Hamilton-based hardcore band, Counterparts nearly sold out the Rec Room. They brought out four other bands with them, which included Greyhaven and Chamber, but the bands that really captured my attention were the two that played right before Counterparts, Varials and Stray From The Path.

Varials, from Philidelphia, PA, have been around since 2012, but really started to rise to the top of hardcore in 2017, when they signed with Fearless Records, and announced their debut album Pain Again. Since then, the band has gotten to perform at ‘Tid The Season, a festival put on by Buffalo’s own, Every Time I Die, the 25th anniversary of the Vans Warped Tour in Atlantic City, and opened for Counterparts last year on the first sector of the Private Room Tour.

The band performed songs from their second album, In Darkness, which came out in October, along with songs from earlier releases.

Like most acts, Varials want the crowd to participate, mosh, and get rowdy. Vocalist Travis Tabron has an unusual tactic. He taunts and antagonizes the crowd, calling them cowards and using other, non-harmful insults to get them engaged, and fans love it.

Stray From The Path, from Long Island, are considered veterans in the hardcore scene. Forming in 2001, the band is all about incorporating important socio-political themes into their music. Instead of meaningless stage banter, the band brought up important topics such as police brutality towards people of color, the importance of voting, and making it a point to get the fascists out of the 2020 presidential election.

In regards to fascism making a big rise in the past few years, Thomas Williams, vocalist, says, “When Richard Spencer, a white supremacist, was punched on-camera a few months back, it was great to see that he and his hatred were not being tolerated,” he explains. “We were shocked to see that people were actually defending him though. They said he should have freedom of speech. They’re not wrong. People should be able to exercise free speech. Sometimes, the things you say come with consequences. There is enough hate, misery, and division in this country that we don’t need a televised white supremacist saying, ‘This country belongs to white people.’ Bottom line: if you preach hate, expect hate.”

Counterparts are no stranger to Buffalo, so their set brought out all of the die-hard fans from areas outside of Buffalo and from Ontario. Vocalist, Brendan Murphy spent a good portion of the set talking about how much he loves Buffalo, and how he considers it a second home. The band played a good mix from their discography, including new songs from “Nothing Left To Love,” which was released on the first of the month.

The show ended on a high note, as most shows in Buffalo do. Counterparts finished the set with “The Disconnect,” a favorite released in 2011, which had the stage full of fans, screaming the iconic bridge “I f****** hate the world, I f****** hate myself. I f****** swore I’d never feel like this” alongside Brendan Murphy.

The tour wrapped up in Worcester, but the band quickly tweeted after that they will be on the road a lot in 2020.