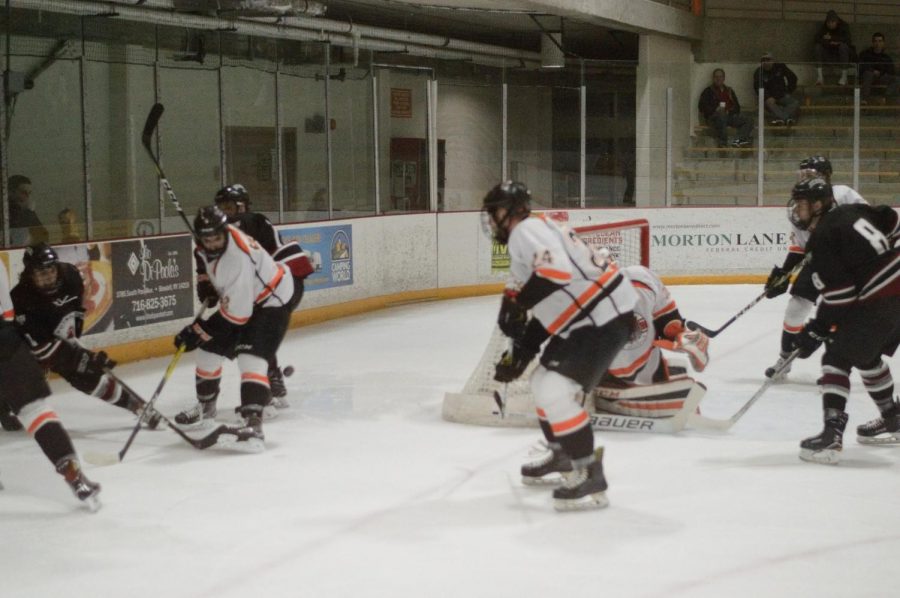 The SUNY Buffalo State Men’s Hockey team’s season came to a heartbreaking end Wednesday night. The Bengals fell, 3-2, in overtime to rival, the Fredonia Blue Devils in the SUNYAC quarterfinals.

It took until the final minute of the first period for the first goal of the game as the Blue Devils scored on a 4-on-3 power play with Tyler Riter netting the goal.

The second period was scoreless with the Bengals killing a Mac Wood penalty. Troy Button cleared a few rebounds away from Bengals goaltender Conor Minch that seemed destined for the back of the net.

Luke Rivera gave Fredonia back the lead. But just 1:16 later Buffalo State would tie the game up with a goal from defensemen Hayden Ford as he got a pass from across the ice and made a move to beat Fredonia goaltender Eric Bogart.

The two rivals needed overtime to settle the game.

Buffalo State had a few great opportunities but was unable to bury the puck and before Blue Devil Kyle Jelinski was able to score the game-winner on the breakaway.

Connor Minch made 32 saves on the night but the Bengals were outshot by the Blue Devils 35-32.