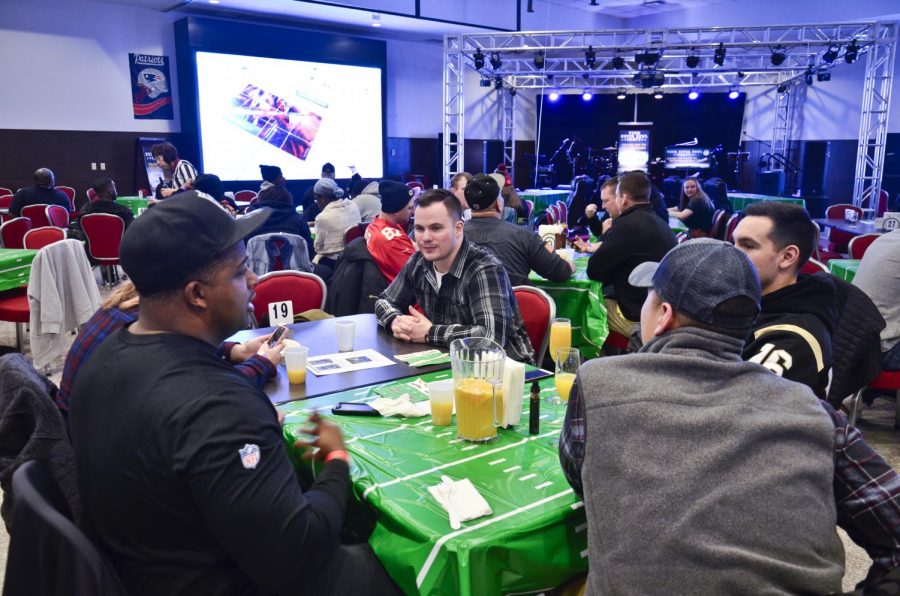 As people prepare for game-day parties across the country, there are some students who have little traditions going into the game.

After talking with various SUNY Buffalo State students, there were a couple who shared their pre-game and in-game rituals.

For some, the Super Bowl is more than just a game. Die-hard fans will do all in their power to help ensure their team a win. One student noted that her father sleeps with his favorite jersey under his pillow to hopefully give his team the edge.

Another student tries to predict the winner through a somewhat nostalgic method.

“Me and my brother would play Madden 08 on the DS to determine what team would win,” senior Quinn Allen said. “We’ve gotten pretty close a few times.”

There are some students that just prefer to kick back, relax and enjoy the game. Senior, Bryan Royster, stated, “I just like to get some Mountain Dew and pizza and just watch the game.”

While some fans have the luxury of seeing their team make it to the Super Bowl, there are others who are less fortunate. As a result, some students do not watch the game to see a team win, but rather to see a team lose.

After talking with a couple of students, the general consensus is that people want to see the New England Patriots lose. Junior, Serina Jaeger, jokingly said, “I would sell my soul to Satan to see the Patriots lose”

For some the actual game is the competitive part; however, there are others who are competitive amongst their family.

For example, my family has a wager that we do each year. I am paired with my dad and my brother pairs with my mom.

Both sides choose a team and whosever team wins, they get to choose a punishment for the losing side. Whichever side wins that year gets the first pick of a team come the next Super Bowl.

While many people prepare for the game, there are some who look for the other aspects that will be shown on screen.

One student explained how he and his brother will rate the Super Bowl commercials from most hilarious to least hilarious. Another student discussed how she only really like the halftime show.

As we approach the big day, the Los Angeles Rams are set to face off against the New England Patriots. Kickoff is set for 6:30 p.m. at the Mercedes-Benz Stadium in Atlanta, Georgia. You can watch the big game on CBS, channel 4 in Buffalo.